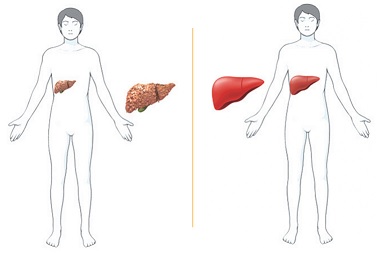 Growing up in Guadalajara, Mexico, Alejandro Soto-Gutiérrez, MD, PhD, associate professor in the Department of Pathology at the University of Pittsburgh, an affiliated faculty member of the McGowan Institute for Regenerative Medicine, Children’s Hospital of Pittsburgh of UPMC, and the Thomas E. Starzl Transplantation Institute, felt helpless when a beloved uncle died of liver disease. Since then, the physician-scientist has dedicated his career to changing the odds for people facing the condition’s devastating end stage, for which the only cure is a transplant.

Now, a messenger RNA-based therapy—the same technology that Pfizer and Moderna used for their vaccines for COVID-19—holds promise for liver disease treatment. This tool, says Dr. Soto-Gutiérrez, is “changing the way we’re going to treat patients in the coming years.

“I feel excited every morning.”

His studies of how liver cells function—and why they sometimes fail—have taken Dr. Soto-Gutiérrez around the world. Before joining Pitt in 2009, he earned his medical degree in Mexico and completed a PhD and surgical fellowship in Japan, as well as a surgery research fellowship at Massachusetts General Hospital.

Fortunately, Pitt was home to a scientist Dr. Soto-Gutiérrez had been chasing a chance to work with for a decade: McGowan Institute faculty member and professor of surgery Ira Fox, MD, a Pitt-trained transplant surgeon who had returned to Pittsburgh from the University of Nebraska in 2008. Dr. Fox leads the Center for Innovative Pediatric Regenerative Therapies at UPMC Children’s Hospital of Pittsburgh.

At the joint Pitt-UPMC Pittsburgh Liver Research Center and McGowan Institute for Regenerative Medicine, Drs. Fox and Soto-Gutiérrez teamed up to explore the possibility of “reprogramming” failing liver cells to do a 180—in essence, to heal themselves.

In the United States, more than 12,000 people are waiting for a liver, yet only about 8,000 livers from deceased donors become available each year. About two-thirds of all living-donor liver transplant procedures in the country take place at UPMC (the system celebrated its 500th such procedure last year); still, demand for donor organs outpaces supply. The need to find alternatives is acute.

They identified a key player called hepatocyte nuclear factor 4-alpha (HNF4a), a transcription factor (protein) that serves as a main control panel to regulate much of the gene expression in liver cells. Drs. Fox and Soto-Gutiérrez found that cirrhotic rats with nonfunctioning HNF4a experienced liver failure.

When the team altered gene activity to re-express the protein—an approach they call transcriptional therapy—liver function came back online. They then analyzed diseased liver tissue from transplant patients and confirmed the finding in humans, as well. HNF4a, it seemed, could be key to reversing liver disease.

In a recent Hepatology Communications paper, the team described the results of taking cultured cells from failing human livers and treating them with mRNA, an approach that delivered instructions to the cells to turn HNF4a back on. The treatment worked, and fast. Function returned in about 24 hours.

“What we’re talking about, essentially, is a new approach . . . that might bring patients back from terminal liver failure,” says Dr. Soto-Gutiérrez, explaining that, if successful, the technology could end the need for surgical transplant and lifelong immunosuppression.

“The development of these kinds of technologies in the area of personalized medicine will really make clinical trials and the development of new drugs more effective,” he adds. “The change that a patient will see will be dramatic.”

Drs. Fox, Soto-Gutiérrez, and their associate, Alina Ostrowska, PhD, a liver-cell processing expert, have established the start-up Pittsburgh ReLiver to work with investors and pharmaceutical companies to translate these findings into clinical trials. If all goes well, Dr. Soto-Gutiérrez says, clinical trials could begin within two years.