Dr. Alejandro Soto-Gutiérrez is a Full Professor (Tenured) in the Department of Pathology at the University of Pittsburgh. He is also an affiliated faculty member of the McGowan Institute, Children’s Hospital of Pittsburgh of UPMC, and the Thomas E. Starzl Transplantation Institute (STI). Prior to this he was a Surgery Research Fellow with the Department of Surgery at Massachusetts General Hospital, Harvard Medical School, and the Shriners Hospitals for Children in Boston. Dr. Soto-Gutiérrez earned his medical degree at the University of Guadalajara, Mexico. While working on his doctorate, he completed a Surgical Fellowship at the Department of Surgery of Okayama University Graduate School of Medicine and Dentistry, Japan, where he wrote his dissertation on liver tissue engineering.

He has been awarded a National Institutes of Health Pathway to Independence Award (K99/R00). He is the Editor-in-Chief of the scientific journal, Organogenesis, and Co-founder of two startup companies (vonBaerWolff Inc) dedicated to treat liver diseases by manufacturing human hepatocytes and (Pittsburgh ReLiver Inc) using transcriptional reprogramming of hepatocytes. He is also the previous Chair and co-founder of the Transplant Regenerative Medicine Community of Practice (TRM COP) at the AST and Associate Director of the Cellular & Molecular Pathology (CMP Graduate Program in the Department of Pathology).  He is the author of more than 95 peer-reviewed publications, 8 book chapters, and edited a book on methods in cell transplantation. 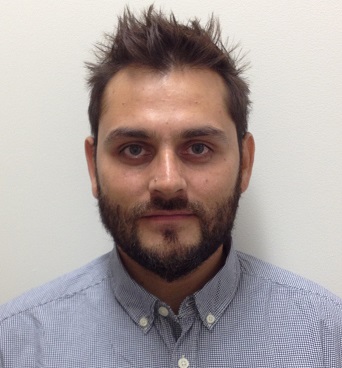