Growing New Organs in a Person for the First Time

Growing New Organs in a Person for the First Time 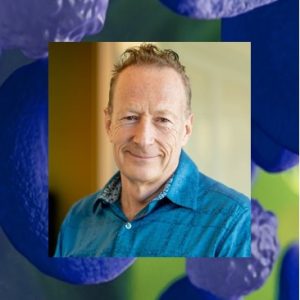 Reported by Jessica Hamzelou for MIT Technology Review, a volunteer in Boston, Massachusetts, will be the first to trial a new treatment that could end up creating a second liver in their body. And that’s just the start—in the months that follow, other volunteers will test doses that could leave them with up to six livers in their bodies.

The company behind the treatment, LyGenesis, hopes to save people with devastating liver diseases who are not eligible for transplants. Their approach is to inject liver cells from a donor into the lymph nodes of sick recipients, which can give rise to entirely new miniature organs. These mini livers should help compensate for an existing diseased one. The approach works in mice, pigs, and dogs. Now we’ll find out if it works in people.

The LyGenesis treatment is the culmination of years of scientific research conducted by McGowan Institute for Regenerative Medicine faculty member Eric Lagasse, PharmD, PhD (pictured), Associate Professor in the Department of Pathology, University of Pittsburgh, and Director of the Cancer Stem Cell Center at the McGowan Institute. Dr. Lagasse is a co-founder of LyGenesis.

If it works, the treatment could be revolutionary. Donor organs are in short supply, and many of those donated can’t be used—for example, sometimes the tissue is too damaged. The new approach can make use of organs that would otherwise have been discarded, and the researchers reckon they can get treatments for around 75 people from a single donated organ.

“It’s very promising,” says Valerie Gouon-Evans, PharmD, PhD, a stem-cell biologist at the Boston University School of Medicine with a focus on liver regeneration, who is not involved in the research or with the company. “I’m really happy … this idea is getting into the clinic.”

Livers have a unique ability to regenerate. Cut away half an animal’s liver, and it will grow back. Human livers damaged by toxins or alcohol can usually regrow too. But some diseases can cause extensive damage from which the liver can’t recover. For these diseases, the treatment of choice is usually a liver transplant.

Transplants aren’t always an option for people who are very unwell, however. That’s why Dr. Lagasse and his colleagues at LyGenesis have taken this different approach. Dr. Lagasse has spent years researching cell-based treatments for liver disease. Around 10 years ago, he was experimenting with the idea of injecting cells from healthy livers into diseased ones in mice.

It is difficult to access the livers of small, 25-gram mice, which Dr. Lagasse was studying, so instead he and his colleagues injected the cells into the spleens of mice with liver disease. They found that the cells were able to migrate from the spleen to the liver. To find out if they could migrate from other organs, Dr. Lagasse’s team injected liver cells at various sites in the mice’s bodies.

Only a small number of mice survived. When Dr. Lagasse and his colleagues later performed autopsies on those survivors, “I was very surprised,” he recalls. “We had a mini liver present … where the lymph node would be.”

Lymph nodes are small, bean-shaped structures found throughout the body. They play a crucial role in our immune health, making cells that help fight infections. While Dr. Lagasse was initially surprised that liver cells could multiply and grow in lymph nodes, it makes sense, he says.

Lymph nodes are natural homes for rapidly dividing cells, even if those are usually immune cells. Lymph nodes also have a good blood supply, which can aid the growth of new tissue.

And, the lymph nodes near the liver are close enough to receive chemical distress signals sent out by the dying tissue of a diseased liver, says Dr. Lagasse. These signals are meant to encourage any remaining healthy liver tissue to regenerate, but this doesn’t work in cases of severe disease. However, the signals do appear to help along the growth of liver tissue in neighboring lymph nodes.

“It’s incredible,” says Dr. Gouon-Evans. “Having this little incubator in the body [that can grow organs] is just amazing.”

Around five years ago, Dr. Lagasse, along with entrepreneur and drug developer Michael Hufford, PhD, and transplant surgeon/scientist/entrepreneur and McGowan Institute affiliated faulty member Paulo Fontes, MD, founded LyGenesis to take the technology further. The team is exploring the use of lymph nodes to grow new thymuses, kidneys, and pancreases.

But the company’s priority is livers. Over the last 10 years, members of the team have collected promising evidence that shows they can use their approach to grow new mini livers in mice, pigs, and dogs. The mini livers don’t grow indefinitely—the body has an internal regulator that stops liver growth at a certain point, which is why healthy livers don’t overshoot when they regenerate.

The team’s research in mice with a genetic liver disorder has shown that most of the cells injected into a lymph node will stay there but some will migrate to the liver, providing there is enough healthy liver tissue remaining. These migrating cells can help the remaining liver tissue regenerate and heal. When this happens, the new mini liver in the lymph node will shrink, keeping the total amount of liver tissue in balance, says Dr. Lagasse.

Other studies have focused on pigs and dogs that have the blood supply to the liver diverted, causing the organ to die. Injecting liver cells into the animals’ lymph nodes rescued their liver function.

In the pig study, for example, the team first surgically diverted the blood supply away from the liver in six animals. Once the pigs had recovered from surgery, the team injected healthy liver cells into their lymph nodes. The doses ranged from 360 million cells injected across three lymph nodes to 1.8 billion cells across 18 lymph nodes.

Within a couple of months, all the animals showed recovery from their liver damage. Tests indicated their liver function had improved. And when the team later performed autopsies on the animals, the new organs in the lymph nodes looked very much like miniature healthy livers, each up to around 2% of the size of a typical adult liver. It takes around three months for the treatment to have significant benefits.

“Over time, the lymph node disappears entirely, and what you’re left with is a highly vascularized miniature liver that is supporting the function of the native liver by helping to filter the animal’s blood supply,” says Dr. Hufford. “That’s precisely what we’re seeking to do now in humans.”

The team at LyGenesis will now trial their treatment in 12 adults with end-stage liver disease who are not eligible for liver transplants. People with this disorder have chronic liver failure that worsens over time. Liver cells die, and healthy tissue is replaced with scar tissue. As a result, harmful substances that are normally filtered by the liver, like ammonia, build up in the blood. When the liver stops making substances that help blood to clot, people can bleed and bruise easily. People with the disease are also at risk of diabetes, infections, and liver cancer.

Liver transplants are often recommended for people in this situation, but there are not enough donated livers to go around. Around 10% of people waiting for a liver transplant in the US will die before being allocated an organ. And, many people with severe disease are too unwell to undergo such a serious operation, says Dr. Fontes.

“You take the biggest organ of the body out,” he says. “You open the person wide open, you lift the ribs.” It is a risky procedure for someone who is weak and ill, with poor blood clotting.

The team at LyGenesis is taking a less invasive approach. The healthy liver cells will be delivered via an endoscope—a tube fed down the throat. This tube will be guided by ultrasound, and when it reaches the target lymph node, a surgeon will be able to inject the cells directly through it.

The cells themselves will come from rejected donor livers—organs that have been donated but can’t be used. Sometimes, by the time a donor is declared brain dead, the liver is no longer healthy enough to be transplanted into another person, says Dr. Fontes. But, while the organ as a whole is unusable, “you can still use the cells,” he says.

“Using these organs that are otherwise discarded to help patients … is revolutionary,” says Dr. Gouon-Evans.

And because they only need a small number of cells for each treatment, the team at LyGenesis should, in theory, be able to generate enough treatments for 75 or more people from a single liver, says Dr. Hufford.

The clinical trial will test the safety of the treatment and look for health benefits among the volunteers. The first recipient will receive a one-milliliter dose of around 50 million cells.

The second volunteer will receive the same dose seven days later—leaving the medical team a week-long window to check for any potential problems. Once four volunteers have received the lowest dose, a further four will have a total of 150 million cells injected into three lymph nodes. A final four volunteers will later have 250 million cells injected across five lymph nodes. If all goes to plan, these final four individuals will end up with five mini livers in addition to their original organ.

These are small numbers of cells compared with those used in the pig study, so it will likely take months to see improvements in people who have only been given 150 million cells, says Dr. Lagasse.

But in time, even low numbers of cells could help treat liver diseases, he believes. “My view is that one cell would be enough,” he says. “If you leave enough time, that cell will expand, grow, and multiply, and eventually generate an ectopic liver.”

The trial volunteers will be closely monitored. Researchers will assess blood samples for signs of liver function improvement, and will also track any potential improvements in energy, cognition, and general quality of life. “Each patient is studied for a full year,” says Dr. Hufford. “We hope to be wrapped up in just under two years.”

Because they are receiving cells from other people, all the volunteers will need to take immunosuppressant drugs that stop their immune systems from rejecting their new mini livers for the rest of their lives, just as people who receive transplanted donor organs do.

LyGenesis recently announced a collaboration with iTolerance, a company developing technologies to do away with the need for drug-based suppression of the immune system. Researchers associated with the company have been testing their approach in monkeys that have received new pancreatic cells to treat diabetes. Dr. Hufford hopes that it might one day be trialed in people alongside the liver-cell injections, although it isn’t ready yet.

If the liver treatment works, LyGenesis plans to trial other cells, and potentially grow other organs. “We’ve been able to grow ectopic kidneys and an ectopic thymus… and pancreatic beta cells to help [regulate the blood sugar levels of] animals with diabetes,” he says. The company’s approach could also be useful for implanting organoids—tiny lab-grown, organ-like clumps of cells—into people, says Dr. Gouon-Evans.

“The program is just getting off the ground,” says Dr. Hufford.

Ms. Hamzelou is a senior reporter at MIT Technology Review, where she covers biomedicine and biotechnology. She was previously a health and medical science reporter at New Scientist.