Dr. Fontes is also a co-founder of VirTech Bio (VTB) Inc., Natick, MA. This company has licensed 3 of his University of Pittsburgh-based IPs while developing a new human-derived hemoglobin-based oxygen carrier (HBOC) for both ex-vivo and in-vivo applications. VTB has been awarded NIH and DOD SBIR awards followed by a multimillion MTEC/DOD award to produce their new HBOC polymer in a GMP facility.

Dr. Fontes was a faculty member at the U Pitt, Starzl Transplantation Institute (STI), Department of Surgery, School of Medicine (SOM), University of Pittsburgh Medical Center (UPMC) from 1991 to 2018. He was actively recruited by the Pittsburgh Transplant Institute, U Pitt in 1991, after developing the first automated device for cell isolation in South America as Research Fellow at SPFU and in collaboration with a local biotech company (Mafeitec, SP). He worked in collaboration with Dr. Thomas E. Starzl for 26 years at the U Pitt, where they developed innovative approaches in transplant immunology, including tolerance induction and xenografts and cancer immunotherapy.

Dr. Fontes was Professor of Surgery and the Director of the Liver Transplant Program, STI, UPMC, from 2001 to 2011. The STI performed 1,500 liver transplant procedures under his tenure, where he provided medical/surgical care to over 10,000 patients while generating more than $1B in clinical revenues. Dr. Fontes was also a co-founder and Medical Director, Organ Referral Center (ORC), UPMC, which became one of the largest organ referral enterprises in country. The ORC allowed subsequent access to more than 20,000 donor offers/year, fueling an unprecedented increase in transplant volumes at UPMC, where 5 liver transplants were once performed within a 24-hour period and a record 850 transplant procedures (all organs) were performed in 2007. In collaboration with Dr. Ken McCurry, they performed one of the world’s largest series in combined liver and thoracic (heart, lung and heart/lung) transplants.

Dr. Fontes received more than $15M in philanthropic donations to his research projects during his UPMC tenure, which includes a $1M grant that started his Machine Perfusion Program at the STI, UPMC in 2009. With a multidisciplinary group of more than 26 active members, the MPP published extensively in organ preservation and ischemia-reperfusion issues, while developing new technologies for liver and limb preservation, which were further funded by consecutive DOD awards yielding more than $2.6M.

Dr. Fontes was also a Deputy Director, McGowan Institute for Regenerative Medicine (MIRM), SOM, U Pitt, from 2014 to 2018. He was further recruited as Professor of Surgery and Director for Surgical Innovation & Research, WVU Medicine, Morgantown, WV from 2018 to 2021.  At WVU, he reviewed 160 local patents and guided the filing on 7 invention disclosures and provisional patent applications that anchored the inception of 3 new companies. His WVU mentees received 3 consecutive $50,000 awards from the CTSI, WVU.

Dr. Fontes is fully certified in transplant surgery by the American Society of Transplant Surgeons (ASTS – 1998) and a Fellow of the American College of Surgeons (FACS – 2001). He has received over 30 awards and honors, including the Award for Commitment and Excellence in Service, UPMC, “America’s Best Physicians,” “America’s Best in Medicine,” the TechConnect Innovation Award, three University of Pittsburgh Innovation Awards, and the Coulter Award.

Dr. Fontes has contributed to over 250 scientific publications (115 peer-review papers, 10 book chapters, and 126 published abstracts) and 7 patents. He was directly involved in the training of more than 90 transplant surgeons and has continued to teach and mentor medical students at the SOM, U Pitt, in addition to bioengineer students at Carnegie Mellon University, Pittsburgh, PA. Dr. Fontes has given over 120 national and international lectures. Dr. Fontes was a member of the Editorial Review Board of 24 scientific journals and grant agencies. He received financial support for his ongoing research from 7 different funding agencies, including the Department of Defense (DOD), the SBIR and the NIH. 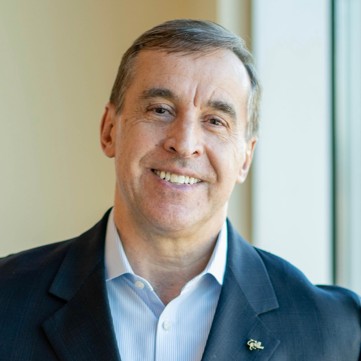