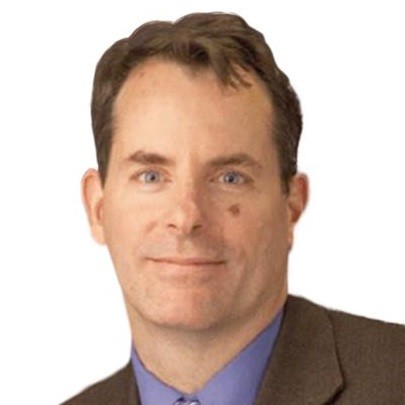 Peripartum cardiomyopathy (PPCM) is a relatively rare but serious complication of pregnancy in which the heart muscle weakens. The source of the condition is unknown, but researchers believe it impacts at least one in 2,000 live births in the US. Greater risk for the disease is associated with preeclampsia, twin or multiple births, older maternal age, some genetic mutations, and ethnicity. Sarah Yahr Tucker reported on PPCM for Popular Science.

McGowan Institute for Regenerative Medicine affiliated faculty member Dennis McNamara, MD, is a cardiologist, Director of the Center for Heart Failure Research at the University of Pittsburgh Medical Center, and a leading PPCM researcher who Ms. Tucker spoke with for her article.

The risk of developing PPCM for black pregnant people is considered at least double that of white people, and some studies have found rates up to 16 times higher. Although the majority of patients eventually recover, a significant number have permanent heart damage and need lifelong medication, implanted cardiac devices, or even transplants. For others, the diagnosis results in tragedy. PPCM is one of the leading causes of maternal mortality in the US, listed by the Centers for Disease Control and Prevention as the primary cause of death from one week to one year after delivery.

Because PPCM is considered rare, doctors aren’t watching for it, which ironically may mean the actual number of cases is higher than we know. According to a report from the California Pregnancy-Associated Mortality Review Committee, more than 50 percent of PPCM fatalities in the state between 2002-2007 were only diagnosed through autopsy records, and so not recorded as an official cause of death.

At the same time,  PPCM is only one element of a larger problem. Maternal mortality is declining worldwide, but US rates have nearly doubled in the past two decades, making it the only developed nation seeing an increase. The US now has the highest maternal mortality rate of any G7 country, and the numbers continue to rise—from 658 deaths in 2018 to 754 in 2019. Serious pregnancy complications, known as severe maternal morbidity, are also rising, affecting more than 50,000 individuals every year. The impact on people of color has been especially grave. Black and indigenous people are currently dying from pregnancy-related causes at two or three times the rate of white people.

The CDC has named “missed or delayed diagnosis” as a key factor behind maternal deaths, and cardiologists and OB-GYNs admit that PPCM is often misdiagnosed or ignored. Symptoms like shortness of breath, extreme fatigue, and swelling in the feet and legs can mimic normal pregnancy discomfort, causing patients and doctors to miss the warning signs. But many survivors say that health care providers dismissed their concerns and neglected to order cardiac testing, including a simple blood test that can indicate heart failure. The brain natriuretic peptide (BNP) test measures a hormone secreted by the heart in response to pressure or enlargement, which means it can detect conditions like PPCM. The cost of the test ranges from about $15–$250 depending on insurance coverage, in line with many basic blood tests. These missed opportunities are especially critical for PPCM patients, as their hearts can grow weaker by the day. Research has shown that the earlier people are diagnosed with PPCM, especially during late pregnancy or the first month after delivery, the more likely they are to recover.

This dangerous lack of awareness among physicians was mentioned in a 2019 practice bulletin on pregnancy and heart disease from the American College of Obstetricians and Gynecologists (ACOG), which notes that the “rising trend” in maternal cardiovascular disease appears related directly to diseases like PPCM. The bulletin estimates that if more maternity care providers considered cardiac issues, “a quarter or more of maternal deaths could be prevented.” ACOG’s assessment echoes the opinion of the CDC, which has stated that about 60 percent of all maternal deaths are, in fact, preventable. And in the case of PPCM, at least, doctors may be ignoring an obvious solution.

“The BNP test is a fantastic test that is completely underutilized in pregnancy,” says Lisa Levine, MD, an OB-GYN, maternal fetal medicine specialist, and director of the Pregnancy and Heart Disease Program at Penn Medicine. “It has a very good negative predictive value. Meaning, if someone comes in with symptoms, and their BNP is negative, it is very unlikely that they would have cardiomyopathy or any heart condition.”

Dr. McNamara, a Professor of Medicine at the University of Pittsburgh, says the issue is not only doing more BNP tests but also correctly interpreting the results. BNP levels can become moderately elevated during pregnancy and for other health reasons, but a “sky high” BNP almost always means heart failure. Dr. McNamara feels that widespread BNP testing would undoubtedly lead to more cases being detected. “In part because of the test,” he says, “but that also assumes that both women and healthcare providers are thinking about the diagnosis, and that’s half the battle.”