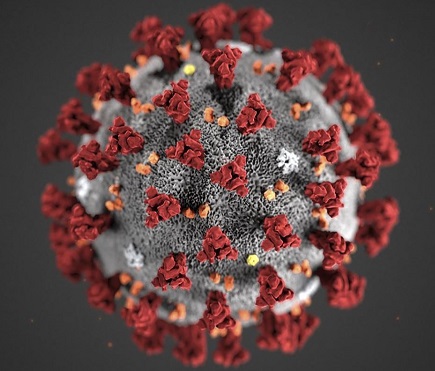 As reported by David Templeton for the Pittsburgh Post-Gazette, UPMC researchers are close to completing a blood test to determine immunity against the virus that causes COVID-19.  Such a test could certify little or no risk of SARS-CoV-2 infection and identify the so-called “super” people who could serve in the health-care battle against COIVD-19 with little risk to themselves.

“We are developing an antibody test based on a European test to see if people were exposed and might be immune,” said Alan Wells, MD, executive vice-chairman of the Section of Laboratory Medicine in the UPMC Department of Pathology and faculty member of the McGowan Institute for Regenerative Medicine. He led the research effort that also involved Drs. Michael Shurin and Sarah Wheeler.

Medical tests already can determine the presence of the three key antibodies that the immune system generates in response to the virus. But their presence alone doesn’t mean the person cannot become ill with COVID-19 and transmit it to others.

“Those [European] tests show that the person was exposed but don’t say in and of themselves if the person is immune,” Dr. Wells said. “There is no clear test for immunity at this point.”

Tests to determine exposure and infection presented their own challenges and aren’t yet 100% determinant, given that a more advanced infection that might be detected only in the lungs rather than nose or throat.

“We need detection to see who’s immune right now, but there are more uncertainties in testing for immunity than there are for testing for the virus,” he said.

Three antibodies are involved in the immune response: Two protective antibodies — IgG and IgA — and, IgM, that reacts to the virus but doesn’t attack it.

“The tests out there now only detect when the person is exposed and not yet immune,” he said. “We are developing an IgG and IgA antibody test developed from a European test, and validated here to determine protection, to see if people exposed to the virus might be immune to it.”

A statement from UPMC explains where they currently are with testing:

UPMC is exploring the use of blood tests to determine if a person has antibodies to SARS-CoV-2, the virus that causes COVID-19. Such a test could indicate if a person already had infection, perhaps without symptoms, and recovered. However, at present there is little guidance on what it means if someone has antibodies. These can be found in people with ongoing disease, and those who have recovered. Furthermore, the current tests do not determine if a person is immune to the disease.

Please rest assured that we understand the value of such antibody-detection tests — for community surveillance, epidemiological tracing and individual diagnosis, among others. These will be more valuable when we learn more about the implications of the positives. We are working hard to find ways to make limited supplies of this test as valuable to our communities as possible.

We do not have the capabilities to test the general public at this time. We are still determining the meaning of the tests. In addition, we expect that supplies will continue to be extremely limited. Once available, it will likely be used in conjunction with various local and national clinical trials that UPMC is organizing or participating in.