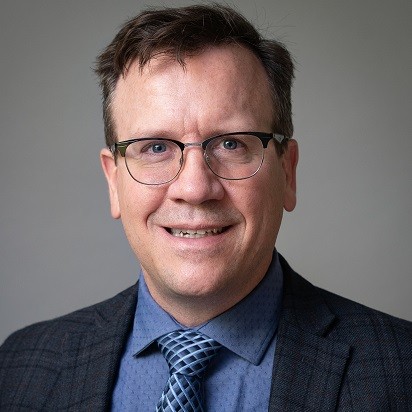 Four paralyzed people in Australia can now operate a computer using only their thoughts thanks to a brain implant developed in part by Carnegie Mellon University’s Douglas Weber, PhD, Professor of Mechanical Engineering and Neuroscience and an affiliated faculty member of the McGowan Institute for Regenerative Medicine. Emily Mullin, Pittsburgh Post-Gazette, recently spoke with Dr. Weber on the status of this brain-computer interface.

The results of the Australian study were presented as part of an exclusive press briefing highlighting breakthrough science at the American Academy of Neurology’s 74th Annual Meeting held in Seattle. The University of Pittsburgh Medical Center and Mount Sinai Hospital in New York will participate in the first U.S. clinical trial to test the device, made by New York City-based company, Synchron.

“An easy way to think about a brain-computer interface is as a substitute for the finger keyboard interactions that we typically use when we are interacting with our computers,” said Dr. Weber, an author on the study. Dr. Weber has advised Synchron on the development of the device. “If you’re paralyzed and you don’t have the ability to use your fingers, you need alternatives to do that.”

Voice recognition is one alternative, but not all devices and apps have voice recognition, and some paralyzed people have lost the use of their voice. Eye-tracking technology is currently the only option for those patients. A brain-computer interface could provide a more seamless way for paralyzed people to communicate and use a computer.

The brain implant in Synchron’s study is about the size of a matchstick. Dubbed the Stentrode, it resembles a heart stent — a mesh device used to treat heart disease by propping open clogged arteries. The Stentrode is delivered to a patient’s brain using a thin catheter that’s snaked through the jugular vein in the neck. It stays inside that blood vessel, traveling all the way to the motor cortex, the part of the brain that directs the body’s movement.

Using 16 sensors that dot its surface, the implant collects brain signals from the motor cortex. These signals are sent to a second device, which is implanted in the chest. It then translates the brain signals into commands for controlling a laptop computer.

The Australian study participants were all paralyzed from amyotrophic lateral sclerosis, or Lou Gehrig’s disease, a neurodegenerative condition that gradually damages the nerve cells in the brain and spinal cord. Five patients were initially evaluated for the trial, but one was excluded for medical reasons. Four patients ultimately received the device, and researchers monitored them for a year. They found that the device stayed in place and was safe with no major adverse side effects.

For the U.S. trial, UPMC is aiming to enroll an initial three patients with quadriparesis, or paralysis in all four of the limbs, beginning this fall. CMU researchers will work with Synchron on machine learning methods for decoding patients’ brain signals to better interpret their intended actions.