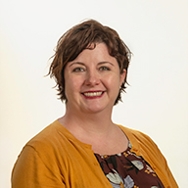 The potential benefits of stem cell therapy have been widely discussed for decades. Potential benefits include reduction of the pain of arthritis and help patients heal faster after surgery. But stem cell therapies can be prohibitively expensive. At the projected costs, these potential life-changing treatments would be far out of range of the vast majority of those who need them. But thanks to Carnegie Mellon University’s Kris Dahl, PhD, professor of chemical engineering, and Veronica Hinman, PhD, head of CMU’s Department of Biological Sciences, stem cell therapy could get a lot less expensive. And the key to this approach lies in the incredible regenerative powers of starfish.

Stem cells are able to become any type of cell the body needs: muscle, skin, blood and more. In humans, when stem cells differentiate into these other cells, they are unable to change back, or de-differentiate. But this is not the case with starfish. Notably, if a starfish loses one of its arms, it can grow it back just the same. This is due to the starfish’s unique cells, which can de-differentiate themselves from skin or muscle cells back into stem cells. While this regenerative capability in itself is incredible, Dr. Hinman’s preliminary research has shown an even more incredible ability.

“In the larval state, starfish have a distinctive head that contains their brain,” says Dr. Dahl, an affiliated member of the McGowan Institute for Regenerative Medicine. “If the head is removed or damaged, the differentiated cells that are definitely not neural cells will de-differentiate, crawl up to the head region, and regrow into neurons. To not only do this in the larval state, but to regrow something as complex as a brain — this is an amazing regenerative capability.”

Supported by funding from the DSF Charitable Foundation, Drs. Hinman and Dahl are working to understand just what in the starfish causes their cells to do this. While Dr. Hinman is focused on the fundamental science, Dr. Dahl’s lab is delving into the structure of the cells, cell crawling, and the biomechanics of cellular regeneration.

“While regenerative medicine is great, there’s still a lack of understanding of the fundamentals that govern how cells respecify themselves,” says Dr. Dahl. “The hope is that by studying a model organism like the starfish, and combining what we learn with our knowledge of human stem cells, we can use comparative genomics to understand the gene expression that allows starfish cells to respecify their programming.”

To do this, Dr. Dahl is creating an artificial model of the starfish’s larval system to map the cells as they crawl to their new destination. With this artificial model, Dahl and her team can manipulate the chemical and mechanical factors that exist in the starfish embryo, blocking them one at a time until they find exactly what it is that tells the cells to de-differentiate back into stem cells, crawl up to the brain region, and become neuronal tissue. Once this factor has been isolated, the goal is to then be able to apply it to human cells, to tell those cells to de-differentiate so they can become whatever the patient needs.

Current therapies require stem cells to be harvested from a patient, then cultured over the course of days, in order to have enough to be reinjected back into the patient to help speed healing. But with this method, cells could be taken from any part of the body, de-differentiated back into stem cells, then re-differentiated into therapeutic cells. This could make the process of preparing stem cell therapy faster, easier, and most importantly, cheaper.

“If you could reduce the costs of stem cell therapies—it would touch nearly every person’s life,” says Dr. Dahl. “Surgeons could include a stem cell injection with every major or minor surgery, helping patients heal 100 times faster. It’s quick healing; it’s reduced scarring. This could be like penicillin. I see it becoming the standard of care in the next 10 years.”