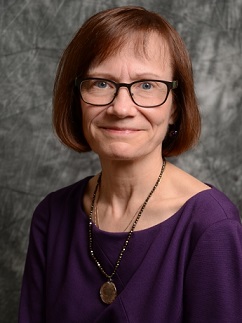 A recent study has validated a new patient-reported outcome measure that assesses fatigue in patients receiving long-term dialysis treatments. The results appear in an upcoming issue of the Clinical Journal of the American Society of Nephrology (CJASN).  McGowan Institute of Regenerative Medicine affiliated faculty member Mary Amanda Dew, PhD, Professor of Psychiatry, Psychology, Epidemiology, Nursing, and Biostatistics at the University of Pittsburgh and also a Professor at the Clinical and Translational Science Institute, is a co-author on this study.

Fatigue, which affects most patients with kidney failure who receive hemodialysis, contributes to poor quality of life and is associated with higher risks of cardiovascular disease, depression, and early death. Unfortunately, fatigue can be difficult to quantify. To address this, Angela Ju, PhD (University of Sydney, in Australia), and her colleagues developed a patient-reported measure of fatigue–called Standardized Outcomes in Nephrology-Hemodialysis (SONG-HD) Fatigue–and evaluated its potential in 485 adults receiving hemodialysis in the United Kingdom, Australia, and Romania. SONG-HD Fatigue calculates the average fatigue over a period of 1 week, and it gauges tiredness, energy, and the impact of fatigue on life participation.

“Currently, fatigue is assessed in a wide range of different ways using measures that vary in terms of content, length, reliability, and validity. Most are quite lengthy, and it is unclear which measure is the best to use,” said Dr. Ju. “This makes it difficult for researchers to choose how to assess fatigue and compare effectiveness of interventions evaluated in different studies.”

The study assessed SONG-HD Fatigue in accordance with the recommended US Food and Drug Administration guidelines for patient-reported outcome measures. The authors concluded that it appears to be a reliable and valid measure to be used in trials involving patients receiving hemodialysis.

“Establishing a core outcome measure for fatigue will allow researchers to do 2 important things: to quickly and accurately assess the impact a new intervention has on fatigue as experienced by patients receiving hemodialysis, and to allow the comparison of interventions across different trials to see which one is superior in terms of its effect on fatigue,” Dr. Ju said. “Patients want to know about fatigue regardless of whether or not the intervention was designed to affect it. The core outcome measure helps to provide this information. Interventions specifically targeting fatigue will require a more comprehensive measure.”

An accompanying editorial notes that “patients on maintenance hemodialysis have been very clear that fatigue is an important problem for them. Investigators such as Ju and colleagues have heard them. Now it is time for all us, clinicians and researchers alike, to do the same.”