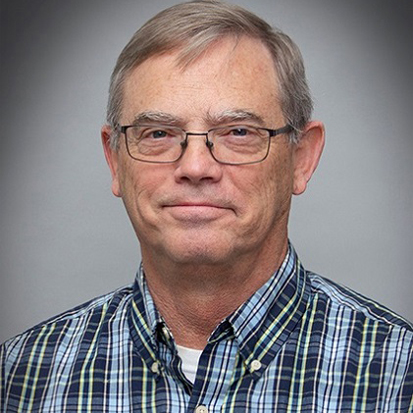 Small vesicles secreted by bacterial cells play a role in recruiting immune cells but surprisingly also might help to protect the pathogens, according to a new study from Carnegie Mellon University and University of Pittsburgh researchers published in mBio. The study is one of the first studies to look at the role of extracellular vesicles released by the pathogen pneumococcus in vivo and may provide a new avenue for vaccine development.

Extracellular vesicles (EVs) are small packages that are released from almost all types of cells. Inside the packages can be a variety of cellular material, including proteins and nucleic acids. The vesicles travel between cells to deliver their cargo.

“Extracellular vesicles are the universal communicators across all living cellular organisms. They allow cross-communication between kingdoms,” said Phil Campbell, PhD, a professor of biomedical engineering at Carnegie Mellon University and a McGowan Institute for Regenerative Medicine affiliated faculty member.

These vesicles have become of particular interest for their potential to diagnose or treat disease; they are promising vaccine candidates, as they come from and carry information from pathogenic cells but cannot replicate. Most research on EVs has been done on cells from eukaryotic multicellular organisms, like humans, and not on prokaryotic single-celled organisms like bacteria, especially bacteria with a thick cell wall like pneumococcus.

“The wonderful thing about extracellular vesicles is that they express a huge amount of molecules from the pathogen,” said N. Luisa Hiller, PhD, associate professor of biological sciences at Carnegie Mellon. “If you think about them in the context of vaccines, you could provide the body with the opportunity to mount defenses against a large subset of molecules from the pathogen. But since the vesicle isn’t a pathogen itself, it won’t make you sick in the same way the bacteria make you sick.” This strategy of using multiple molecules in a vaccine could be a powerful means of ensuring that the vaccine is still effective, even if the pathogen mutates.

To get a better understanding of bacterial EVs, Dr. Hiller, whose research focuses on cellular communication in the pathogen Streptococcus pneumoniae, commonly called pneumococcus, teamed up with Dr. Campbell, an expert in extracellular vesicle research.

In their study, the interdisciplinary research team led by biomedical engineering graduate student Saigopalakrishna S. Yerneni isolated EVs from pneumococcus and studied their interaction with other cells both in vitro and in vivo. In vitro, they found that the bacterial EVs were internalized by macrophages, T cells and epithelial cells — all cells that play a role in the immune response.

Most importantly, they found that exposure to pneumococcal EVs caused human macrophages to polarize into the immunosuppressive, anti-inflammatory M2 phenotype, which are not well suited to kill bacteria. Exposure to EVs conditioned the macrophages to increase their bacterial uptake, possibly creating a reservoir for the bacteria.

In mouse models, the research team found that the EVs induced cytokine release and recruited lymphocytes and macrophages, all important components of the immune response. Moreover, they found an abundance of anti-inflammatory macrophages, agreeing with the data from the in vitro studies.

Overall, the data show that the pneumococcal EVs can be internalized into host cells and promote the cells’ defenses by recruiting inflammatory cells. But they also promote bacterial survival by creating an anti-inflammatory environment.

One of the next steps in the research is to determine how bacterial EVs could be used as therapeutics and vaccines. This is especially relevant as the World Health Organization estimates that close to a half a million children under the age of five die from pneumococcal disease every year and current vaccines do not provide protection against all strains. EVs may prove to be a valuable tool to develop a broad-spectrum vaccine that targets all strains.