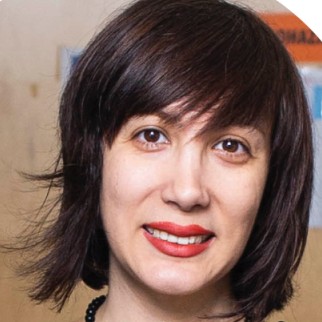 With their article published in Nature, the National Institutes of Health’s Somatic Cell Gene Editing Consortium provided a detailed update on the progress of their nationwide effort to develop safer and more effective methods to edit the genomes of disease-relevant somatic cells and reduce the burden of disease caused by genetic changes.  McGowan Institute for Regenerative Medicine affiliated faculty member Samira Kiani, MD, Associate Professor, Liver Research Center, Department of Pathology, School of Medicine, University of Pittsburgh, is a co-author of this work.

Gene editing allows scientists to modify sections of an organism’s DNA and is considered a promising treatment for a number of genetic diseases. There have been numerous advances in the laboratory over the last few decades, but there are still many challenges to overcome before gene editing can be widely used in the patient population. Launched in 2018, the Somatic Cell Gene Editing Consortium (SCGE) has brought together some of the leading researchers in the field to advance discovery and accelerate the translation of somatic gene editing advances in the lab to the clinical setting.

Over six years, the NIH will allocate approximately $190 million to SCGE to realize gene editing’s potential. The end result will be a freely available toolkit that will provide the biomedical research community with rigorously evaluated information about genome editors and methods for delivering and tracking gene editing molecules.

“NIH realized it was important for all of us who are investigating gene editing to work together toward a common goal,” said Carnegie Mellon University Professor of Chemistry Danith Ly, PhD, who joined the consortium in 2019. “We’re designing molecules that can go into the cell and we’re cataloging each and every one. What we’ll end up with is a very valuable, rigorously evaluated resource for those who want to bring gene editing to patients.”

While much of the consortium’s work focuses on CRISPER-Cas related systems, the SCGE points out that it’s important to continue to develop other systems. They specifically single out the peptide nucleic acid-based gene editing technique developed by Carnegie Mellon’s Dr. Ly and Yale University’s Peter Glazer, MD, PhD.

“Although there is a significant focus on CRISPR-Cas related systems within the SCGE, it is crucial to continue to explore alternate systems, in part because they may differ in both their potential for delivery and their biological or immunological responses,” the consortium wrote in Nature.

While CRISPR-Cas edits genes in cells that have been removed from the body, Dr. Ly and Glazer’s peptide nucleic acid (PNA) system is administered intravenously and edits cells in vivo. Using nanoparticles, a PNA molecule paired with a donor strand of DNA is delivered directly to a malfunctioning gene. Dr. Ly, a leading researcher in synthetic nucleic acid technology, has programmed PNA molecules to open double stranded DNA at the site of a targeted mutation. The donor DNA from the complex binds to the cell’s faulty DNA and triggers the DNA’s innate repair mechanisms to edit the gene. The team has used the technique to cure beta thalassemia in adult mice and in fetal mice in utero.

The PNA gene editing system doesn’t have the high-yield of CRISPER-Cas systems, but it does have the advantage of being less likely to make off-target modifications. According to Dr. Ly, that means their technique might be better for genetic diseases that only need to have a small percentage of cells corrected to make a therapeutic difference. For example, in the beta thalassemia studies, Drs. Ly and Glazer found that editing only six to seven percent of cells was curative.

Drs. Ly and Glazer plan to further refine and improve their technique through their participation in SCGE, and they look forward to sharing their results with the consortium and the greater biomedical community.