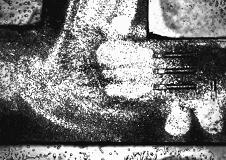 Fifty years after the release of the iconic sci-fi movie “Fantastic Voyage,” researchers are beginning to launch fleets of tiny swimming robots with biomedical applications. These super-small submarines have the potential to navigate the human body less invasively and with more maneuverability than some current surgical and medical procedures. However, since the physicians and surgeons won’t actually be on board the vessels like in the movie, the ability to accurately control the movement of these robots has become the focus of many studies.

Because there isn’t enough room at the micro- and nano-scale to include motors, actuators, or batteries, researchers are exploring methods of directing the robot movement by using electromagnetic fields, interacting with biological and chemical fuels within the body, or even harnessing bacteria and hitching a ride. For Sung Kwon Cho, PhD, associate professor of mechanical engineering and materials science at the University of Pittsburgh’s Swanson School of Engineering, the answer seems to be an arrangement of strategically positioned tiny bubbles and an acoustic field.

The National Science Foundation (NSF) awarded Dr. Cho with a 3-year, $724,691 grant for research into the development of a micro swimming drone that can be located and controlled inside the human body through ultrasound waves. When the sound waves pass through gaseous bubbles implanted into the drone, Dr. Cho and his team can propel it forward and change its direction. By adding a few more bubble-filled tubes, the drone will be able to follow a user-defined, three-dimensional path.  McGowan Institute for Regenerative Medicine affiliated faculty member Kang Kim, PhD, associate professor of medicine and bioengineering at Pitt and the Heart and Vascular Institute, UPMC, is a co-principal investigator on the project.

“We have already proven that our design works in two-dimensional space,” said Dr. Cho. “By placing a bubble of air in a cylinder and passing a sound wave through it, the excited air moves in a three-dimensional space. Longer tubes respond to lower frequencies and shorter tubes respond to higher frequencies. Not only can we propel the robot forward, but we can change direction, too. There are many ways to apply this design to three-dimensional space, and the grant will fund our research into optimizing the robot for practical applications.”

Dr. Cho’s method of acoustically exciting micro bubbles within the robot has several advantages over previously proposed designs. Most clinics are already equipped with ultrasound systems, so ultrasound-driven robots could be easily integrated into the existing medical infrastructure. Furthermore, Dr. Cho’s proposed robot is less bulky, cheaper, and more compatible with the human body than other designs.

“The proposed drone has many potential medical applications including local treatment of tumors; removal of fatty deposits on blood vessel walls; break or removal of blood clots, kidney stones, and liver stones; cleaning of burnt or wounded tissue; attack and removal of parasites; removal of tar in the lungs; and drug delivery,” said Dr. Cho.

The drone will be tested under hydrodynamic conditions similar to living organs, including tests inside fish. The fish have been selected to have transparent tissue, allowing the researchers to observe the drone’s movement unobstructed.

Dr. Cho’s research will receive funding specifically from the NSF National Robotics Initiative, which aims to ‘support the development of the next generation of robotics, to advance the capability and usability of such systems and artifacts and to encourage existing and new communities to focus on innovative application areas.’