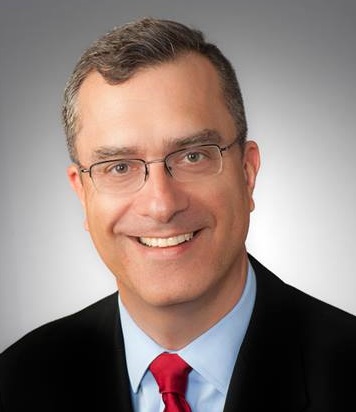 Researchers in Pittsburgh—led by McGowan Institute for Regenerative Medicine affiliated faculty member Bernhard Kühn, MD—are regenerating pediatric heart tissue, potentially leading to novel approaches for the treatment of heart failure. But heart tissue doesn’t normally regenerate — so how are they doing it?

When we hurt ourselves playing a sport, the injured muscle heals through regeneration after a period of inflammation, thanks to stem cells. Why can’t the heart muscle similarly heal itself?

Unlike other muscles, the heart does not contain stem cells. Heart cells, called cardiomyocytes, are differentiated and, therefore, do not divide and regenerate (in theory, at least). Physicians and scientists at the University of Pittsburgh’s Kühn Lab at the Pediatric Institute for Heart Regeneration and Therapeutics (I-HRT), in coordination with the Heart Institute of UPMC Children’s Hospital of Pittsburgh and the McGowan Institute for Regenerative Medicine at the University of Pittsburgh, are studying the regeneration of cardiomyocytes. By doing so, they hope to develop regenerative therapies for heart failure.

A Discovery That Sparked an Idea

Dr. Kühn practices cardiology at UPMC Children’s Hospital of Pittsburgh and directs this particular branch of pioneering pediatric research, which is taking place only in Pittsburgh. When he began his research in Boston, the focus was on initiating the proliferation of cardiomyocytes in adults; his mentor, Mark Keating, MD, encouraged Dr. Kühn to apply his expertise in signal transduction to this field. Drs. Kühn and Keating and their colleagues identified an endogenous (internally produced) growth factor called neuregulin1 that, when injected, encourages heart muscle cells to divide. Before this discovery, researchers thought that heart cells were incapable of division and proliferation.

As they continued to work together, Dr. Kühn realized that the rapid reproduction of cardiomyocytes was more feasible in pediatric patients than in adults. “Sometimes you have to lower the bar,” he recalls thinking at the time. “It became clear to me that pediatric heart regeneration could be more easily achieved. I’m a pediatric cardiologist, so I wanted to look at the patients who would be potential recipients of our therapies. That was a lot closer to my heart and mind,” he says.

In 2011, neonatal mouse models became available, enabling Dr. Kühn to study the factors that stimulate heart cell regeneration. These studies demonstrated that the basic mechanisms of heart regeneration are indeed more present in young tissue. Using animal models of myocardial infarction, researchers found that neonatal cardiomyocytes can be coaxed into dividing by administering a peptide of periostin (a component of the extracellular matrix) and neuregulin1 (a growth factor).

The Kühn Lab researchers also identified the receptors and intracellular pathways by which periostin peptide and neuregulin1 act. Although all of these factors are more present in young tissue, they are not entirely absent in adults.

Hope for Young Hearts, and Old

When we’re young, we grow and heal more quickly than when we’re older. Adult heart cells do not respond as readily to the factors that stimulate cardiomyocyte proliferation and regeneration because they outgrow the ability to do so. “In infants, the locks that stop cardiomyocyte proliferation are not fully established,” says Dr. Kühn. Nevertheless, the Kühn Lab has made progress in unlocking those barriers. As a result, its research shows promise to advance both pediatric testing and adult clinical trials for heart failure therapies.