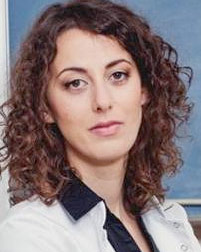 Katarzyna Nawrotek, PhD Eng, of the Polytechnic University of Lodz (Poland) received recognition by Massachusetts Institute of Technology Technology Review as an Innovator Under 35. Her mentor is McGowan Institute for Regenerative Medicine deputy director Stephen Badylak, DVM, PhD, MD, professor in the Department of Surgery and director of the Center for Pre-Clinical Tissue Engineering within the Institute. Dr. Nawrotek is a participant in the Foundation for Polish Science’s SKILLS FNP Mentoring Program.

“I am a young researcher and I am convinced that working under your supervision will allow me not only to get more work experience in tissue engineering, but also to direct my scientific career to the right direction,” wrote Dr. Nawrotek in her application to Dr. Badylak.

Between the United States and Europe, more than 600,000 people suffer nerve damage which includes either cut or crushed nerves each year. These injuries create obstacles in the path through which the nervous impulses from the brain should slow, which can lead to loss of feeling or even movement in the affected area. The young, Polish innovator Dr. Nawrotek wants to minimize these effects, and to this end she has created a new technology that produces personalized, biocompatible channels that help to regenerate the damaged nervous tissue, and which dissolve once their function has been served.

The technology used by this researcher produces channels made of chitosan, a polymer obtained from chitin which is found naturally in crustacean shells, a mere 10 minutes prior to the operation. The polymer-based implants used currently are prepared much further in advance and stored until needed. In this way, Dr. Nawrotek´s technology allows the design of the implants to be personalized for the needs of the specific patient, already waiting on the operating table.

“Chitosan´s properties are similar to those of the extracellular matrix,” Dr. Nawrotek explains. This makes the chitosan an ideal substance for the channels that act as protective scaffolding for the damaged nerve, since it is not rejected by the human body and is bioabsorbable. “The degradation rate of the chitosan can be controlled through certain chemical modifications,” Dr. Nawrotek continues, “in such a way that, depending on the amount of time required for the nerve to regenerate, we can define the amount of time the implant must remain stable before it begins to disintegrate.”

The aim of the SKILLS FNP Mentoring Program is to enable its participants (young scientists working in Poland) to make contacts and gain mentors among experienced scholars – in Poland and abroad – with recognized academic achievements to their name. The program supports one-to-one mentoring. Dr. Badylak was selected by Dr. Nawrotek because of his recognition within the international academic community. Scientists selected for the program are offered funding for 4 short meetings of the mentor and mentee. The Foundation buys or reimburses the ticket for the travel and within the limit will return costs of accommodation, meals, and local transport incurred. The mentoring has an open format. It is crucial for forging an effective mentoring relationship to determine the roles to be assumed by the partners and what their expectations are. In the mentoring program, specification of a mentoring format satisfying both parties of the relationship is entirely up to the mentor and mentee. The basis of a mentoring relationship is a cooperation plan developed jointly by the mentor and mentee. The plan must encompass a period no shorter than 6 months and no longer than 12 months.