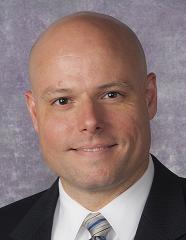 Researchers at the UPMC Division of Vascular Surgery and the University of Pittsburgh Swanson School of Engineering have been awarded a 4-year, $2.5 million contract from the U.S. Department of Defense (DOD) for further development of a retrievable stent to treat noncompressible hemorrhages, a major cause of mortality among servicemen and women, as well as civilian gunshot victims.

“A well-known principle of first aid for bleeding is to apply pressure to the bleeding site,” said McGowan Institute for Regenerative Medicine faculty member Bryan Tillman, MD, PhD, assistant professor of vascular surgery at Pitt’s School of Medicine, and principal investigator on the project. “Unfortunately, for injuries within the chest and abdomen, this maneuver is not effective, and death rates exceed 80 percent due to massive bleeding in a very short time.”

The proposal, “A Rapid, Temporary Stent for Hemorrhagic Injuries of the Torso,” allows for refinement of a novel stent that can be rapidly placed by non-vascular physicians with minimal training. The system uses radiofrequency tags similar to the microchips used to identify pets. A handheld device is used by physicians to help place the tagged stent in a blood vessel, simplifying positioning and replacing bulky and often unavailable X-ray equipment.

“The absence of immediate vascular expertise and X-ray imaging on the battlefield or even in some hospitals remains a major obstacle to treat hemorrhages,” Dr. Tillman said. “What is needed is a way to rapidly control massive bleeding until a patient can be transported to a proper medical facility or to a properly equipped vascular hybrid room.”

As the first fully retrievable vascular stent, the proposed device can be removed at the time of permanent repair by skilled vascular surgeons with dedicated imaging equipment. A prototype of the stent was developed and successfully tested by UPMC as a part of the DOD application for funding.

“This device will be used to save the lives of critically wounded soldiers until they can be transported to a major medical facility,” Dr. Tillman said. “We expect that this same technology also will be used in trauma bays when vascular expertise or state-of-the-art hybrid operating suites are not immediately available to rescue civilian patients with life-threatening traumatic injuries of the liver and large vessels.”