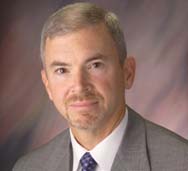 Two University of Pittsburgh researchers have been awarded a 4-year, $1.5 million grant from the National Institutes of Health to study the body’s response to the lethal inflammatory disease known as sepsis.

Led by Timothy Billiar, MD, Pitt’s George Vance Foster endowed professor and chairman of the Department of Surgery and a McGowan Institute for Regenerative Medicine faculty member, and Daolin Tang, MD, PhD, assistant professor of surgery at Pitt and the University of Pittsburgh Cancer Institute (UPCI), researchers plan to explore the relationship between immunometabolism, meaning cellular energy regulation and immune function, and the development of sepsis.

“Despite recent advances in antibiotic therapy and intensive care, severe sepsis and septic shock remain the leading causes of death in intensive care units worldwide, including the United States,” Dr. Billiar said. “Our proposal will provide new insights into our understanding of the pathophysiology of sepsis and may lead to new ways to treat it.”

In the new study, researchers will build on their previous work that showed a protein called PKM2 could contribute to production of a cell-signaling molecule involved in triggering widespread inflammation, as well as test whether inhibiting PKM2 can forestall sepsis development in an animal model.

UPMC/University of Pittsburgh Schools of the Health Sciences News Blog