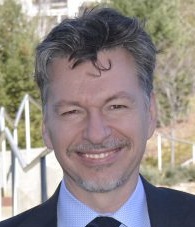 More than one in 10 children hospitalized with sepsis die, but when a series of clinical treatments and tests is completed within an hour of its detection, the chances of survival increase considerably, according to a new analysis led by the University of Pittsburgh School of Medicine and co-authored by McGowan Institute for Regenerative Medicine affiliated faculty member Derek Angus, MD, MPH. Dr. Angus is Chair of the Department of Critical Care Medicine of both the University of Pittsburgh School of Medicine and the UPMC Healthcare System.

The results, published in the Journal of the American Medical Association, support an initially controversial New York mandate established after 12-year-old Rory Staunton died from undiagnosed sepsis in 2012 following an infection from a scrape. These results will likely encourage the mandate’s expansion to other states.

“No child should die from a treatable infection,” said senior author Christopher W. Seymour, MD, MSc, associate professor in Pitt’s Department of Critical Care Medicine and member of Pitt’s Clinical Research Investigation and Systems Modeling of Acute Illness (CRISMA) Center. “This is the best evidence to date that prompt identification and treatment of suspected sepsis leads to better outcomes in children.”

Sepsis is a condition that arises when the body’s response to an infection injures its own tissues and organs. Children with sepsis deteriorate particularly quickly – looking relatively healthy one moment and needing life support within hours.

Rory’s Regulations require New York hospitals to follow protocols regarding sepsis treatment and submit data on compliance and outcomes. The hospitals can tailor how they implement the protocols but must include a blood culture to test for infection, and administration of antibiotics and fluids within an hour to any child suspected of sepsis.

Dr. Seymour and his team analyzed the outcomes of 1,179 children with sepsis reported at 54 New York hospitals. The children had an average age of just over 7 years, and 44.5 percent were healthy before developing sepsis. A total of 139 patients died.

Completion of the sepsis protocol within one hour decreased the odds of death by 40 percent. When only parts of the protocol were completed within an hour – for example, giving fluids but not testing for infection or giving antibiotics – the patients did not fare better. The finding held only if the entire protocol was completed in an hour.

“It’s clear that completing the entire sepsis protocol within an hour is associated with lower mortality,” said lead author Idris V.R. Evans, MD, assistant professor in Pitt’s Department of Critical Care Medicine. “But the mechanism of benefit still requires more study. Does each element of the protocol contribute to specific biologic or physiologic changes that, when combined, improve outcomes? Or is it that completion within an hour may simply be an indication of greater awareness by doctors and nurses caring for the child? Or could it be something else entirely?”

The researchers note that testing the sepsis protocol in a future randomized clinical trial will be very difficult. Such work would require leaving off some protocol elements for some septic children but not others in a random fashion – a design which would not currently align with the standard of care. But if more states adopt rules and regulations similar to New York’s, and also mandate data reporting, future work could expand on these results.

The findings support the current recommendations from the American College of Critical Care Medicine for care and treatment of pediatric sepsis.

At the University of Pittsburgh, Dr. Angus holds the rank of Distinguished Professor and the Mitchell P. Fink Endowed Chair in Critical Care Medicine with secondary appointments in Medicine, Health Policy and Management, and Clinical and Translational Science and he directs the CRISMA Center. He also co-directs the UPMC ICU Service Center, responsible for the provision of ICU services across the 20-plus hospital system.