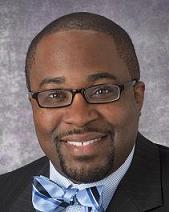 Lisfranc injury, also known as Lisfranc fracture, is an injury of the foot in which one or more of the metatarsal bones (five long bones in the foot) are displaced from the tarsus (a cluster of seven articulating bones in each foot situated between the lower end of tibia and fibula of the lower leg and the metatarsus.  Lisfranc injuries are caused when excessive kinetic energy is applied either directly or indirectly to the midfoot.  This foot injury is treated by McGowan Institute for Regenerative Medicine affiliated faculty member MaCalus Hogan, MD, Assistant Professor in the Departments of Orthopaedic Surgery and Bioengineering and Vice Chair of Education and Residency Program Director in the Department of Orthopaedic Surgery at the University of Pittsburgh Medical Center.

Direct Lisfranc injuries are usually caused by a crush injury, such as a heavy object falling onto the midfoot, or the foot being run over by a car or truck, or someone landing on the foot after a fall from a significant height. Indirect Lisfranc injuries are caused by a sudden rotational force on a plantar flexed (downward pointing) forefoot. Examples of this type of trauma include a rider falling from a horse but the foot remaining trapped in the stirrup, or a person falling forward after stepping into a storm drain.

In athletic trauma, Lisfranc injuries occur commonly in activities such as windsurfing, kitesurfing, wakeboarding, or snowboarding (where appliance bindings pass directly over the metatarsals). American football players occasionally acquire this injury, and it most often occurs when the athlete’s foot is plantar flexed and another player lands on the heel. This can also be seen in pivoting athletic positions such as a baseball catcher or a ballerina spinning.

“Anyone who is doing a lot of high-impact running and jumping, there is a risk there,” said Dr. Hogan.

Treatment options include operative or non-operative. If the dislocation is less than 2 mm, the fracture can be managed with casting for six weeks. The patient’s injured limb cannot bear weight during this period. For severe Lisfranc injuries, open reduction with internal fixation (ORIF) and temporary screw or Kirschner wire (K-wire) fixation is the treatment of choice. The foot cannot be allowed to bear weight for a minimum of six weeks. Partial weight-bearing may then begin, with full weight bearing after an additional several weeks, depending on the specific injury. K-wires are typically removed after six weeks, before weight bearing, while screws are often removed after 12 weeks.

Recently, one of Dr. Hogan’s 16-year-old patients underwent surgery to repair her Lisfranc injury.  Today, after surgery and months of physical therapy she is back on the soccer field.  “She was young, athletic, very strong. The chances of her returning were higher,” Dr. Hogan said.