Heartbeat Out of Sync

Heartbeat Out of Sync

By The McGowan Institute For Regenerative Medicine | Cellular Therapy, News Archive | Comments are Closed | 24 May, 2018 | 0 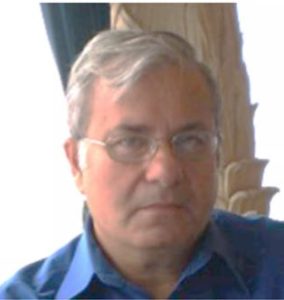 Life-threatening cardiac arrhythmias often occur after a heart attack, as the scar tissue can interfere with the spread of electrical impulses that activate the heart. An international research team under the leadership of the University Hospital Bonn in collaboration with colleagues from the Cornell University and the University of Pittsburgh has now developed a method to improve electrical transmission in the heart by transferring a single gene, connexin43, to cells that form the infarct scar. The results are now published in Scientific Reports. McGowan Institute for Regenerative Medicine affiliated faculty member Guy Salama, PhD, Professor within the Department of Medicine, Division of Cardiology at the University of Pittsburgh School of Medicine, is a co-author on the study.

In a severe heart attack, many heart muscle cells die and are replaced by scar tissue, rather than new heart cells. “The connective tissue cells act like an electrical insulator,” explains Prof. Dr. med. Wilhelm Röll from the Department of Cardiac Surgery at the University Hospital Bonn (UKB). For this reason, the normal electrical excitation of the heart is disrupted by the scar, often resulting in a dangerously rapid heart rhythm that is the most common cause of sudden death. “This disruption of conduction results in a condition that is equivalent to a cardiac arrest,” emphasizes Röll.

Heart muscle cells are electrically coupled to each other via tunnel proteins, the so-called connexins, that allow the electrical wave to propagate rapidly from one heart muscle cell to the next, provided that there is no scar tissue. “The Connexin 43, is particularly important for the transmission of electrical stimuli between heart muscle cells,” says Prof. Dr. med. Bernd K. Fleischmann from the Institute of Physiology I at the Life & Brain Center of the University of Bonn.

Connexin 43 improves the transmission of stimuli in the infarct area

The aim of the international research team was to introduce connexin 43 into the infarct in order to improve the electrical connection within the cells of the scar tissue. In mice that had previously suffered a heart attack, the connexin 43 gene was introduced with a virus, resulting in the expression of connexin 43 by scar cells that are normally electrically silent.

Subsequent investigations revealed that mice (over)expressing Cx43 in the infarct area were only half as likely to suffer from the cardiac arrhythmia compared to control animals that failed to produce Cx43. “We were able to visualize that connexin 43 improves the spreading of the electrical signal in the infarct area,” says Dr. Salama.

“What is new here is that we show that expression of a single gene, connexin 43, enables the electrically silent cells that form the scar to participate in electrical conduction; modest expression of this gene markedly limits the risk of dangerous cardiac arrhythmias in this model of a cardiac infarction,” reports Prof. Michael Kotlikoff from Cornell University on the study results.

The international team of researchers, which included scientists from the UKB’s Institute of Pharmacology and Toxicology and who produced the lentiviral constructs, also showed that the protective effect of connexin 43 persisted for many weeks.

Currently, patients who are at increased risk for cardiac arrhythmias are implanted with a defibrillator, which uses strong electrical pulses to restore a more normal heartbeat in case of ventricular fibrillation. The scientists now hope that their findings suggest a rather simple gene therapy approach to reducing the incidence of cardiac arrhythmias following myocardial infarction, avoiding the complications and unpleasant sensations associated with pacemaker therapy. “So far, our findings have been based on studies on mice,” emphasizes Dr. Röll. “There is still a long way to go before it can be used on humans, but our experimental findings on small animals are very encouraging.”