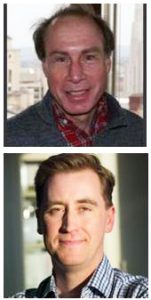 A lead gift of $600,000 from the Henry L. Hillman Foundation will help the University of Pittsburgh Brain Institute (UPBI) launch groundbreaking interdisciplinary projects to advance research on normal brain function and its impairment in a range of disorders. With matching funds from internal sources, the UPBI is distributing a total of $925,000 to five projects managed by Pitt faculty that address paralysis, Parkinson’s disease, adolescent substance use, obsessive compulsive disorder, and brain computation. The funding also will support the growth of a UPBI Brain Bank to further research.  Two of the selected projects will be managed by McGowan Institute for Regenerative Medicine affiliated faculty members:

“Collectively, these projects have the potential to significantly advance our understanding of brain function and shed light on disorders that affect millions of people. New therapies are urgently needed, and the road to these cures begins with this kind of fundamental research,” said Peter Strick, PhD, scientific director of the UPBI, who also is a distinguished professor and holds the Thomas Detre Endowed Chair in the Pitt School of Medicine Department of Neurobiology. “These projects will enable us to better frame the national research agenda and compete more effectively for large-scale federal funding opportunities.”