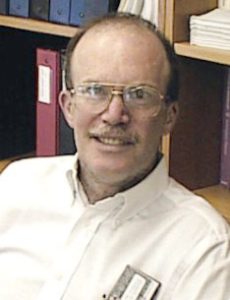 Identifying and treating metabolic deficiencies in patients with treatment-resistant depression can improve symptoms and in some cases even lead to remission, according to new research from the University of Pittsburgh School of Medicine published in the American Journal of Psychiatry.  McGowan Institute for Regenerative Medicine affiliated faculty member David Finegold, MD, professor of pediatrics, medicine, and human genetics at the University of Pittsburgh, is a co-author on the study.

This research is funded through a 2014 Pitt Innovation Challenge Award from Pitt’s Clinical and Translational Science Institute.

“What’s really promising about these new findings is that they indicate that there may be physiological mechanisms underlying depression that we can use to improve the quality of life in patients with this disabling illness,” said David Lewis, MD, Thomas Detre professor and chair of Pitt’s Department of Psychiatry.

Major depressive disorder, also referred to simply as depression, affects nearly 15 million American adults and is one of the most common mental disorders. Unfortunately, at least 15 percent of patients don’t find relief from conventional treatments such as antidepressant medications and psychotherapy, explained lead study investigator Lisa Pan, MD, professor of psychiatry, and clinical and translational science, Pitt School of Medicine. Depression also is the cause of more than two-thirds of suicides that occur annually.

The groundwork for the current study was laid 5 years ago when Dr. Pan and David Brent, MD, endowed chair in suicide studies at Pitt, treated a teen with a history of suicide attempts and long-standing depression. “Over a period of years, we tried every treatment available to help this patient, and yet he still found no relief from his depression symptoms,” she explained.

Searching for answers, Dr. Pan contacted Jerry Vockley, MD, PhD, chair of genetics, Children’s Hospital of Pittsburgh of UPMC, and Dr. Finegold, and through a series of biochemical tests, the three discovered that the patient had a cerebrospinal fluid deficiency in biopterin, a protein involved in the synthesis of several brain signaling chemicals called neurotransmitters.

After receiving an analogue of biopterin to correct the deficiency, the patient’s depression symptoms largely disappeared and today he is a thriving college student.

The success prompted the researchers to examine other young adults with depression who were not responding to treatment, explained Dr. Pan.

In the published trial, the researchers looked for metabolic abnormalities in 33 adolescents and young adults with treatment-resistant depression and 16 controls. Although the specific metabolites affected differed among patients, the researchers found that 64 percent of the patients had a deficiency in neurotransmitter metabolism, compared with none of the controls.

In almost all of these patients, treating the underlying deficiency improved their depression symptoms, and some patients even experienced complete remission. In addition, the further along the patients’ progress in the treatment, the better they are getting, Dr. Pan added.

“It’s really exciting that we now have another avenue to pursue for patients for whom our currently available treatments have failed. This is a potentially transformative finding for certain groups of people with depression,” said Dr. Pan.

This research also was supported by funding from the American Foundation for Suicide Prevention and a Brain and Behavior Research Foundation NARSAD Young Investigator Award. Additional funding from the Beck and Lohman families through the Children’s Hospital of Pittsburgh Foundation is supporting the testing and follow-up of additional patients with treatment-resistant depression and suicidal behavior, and allowing the researchers to begin to understand the underlying biological changes.