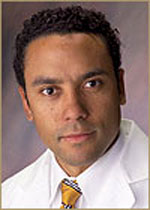 Concussions, often viewed by the public as dire and perplexing, can be effectively treated despite their complexity, according to experts from around the U.S. in a Statement of Agreement available online and to be published in the December issue of the journal Neurosurgery.

In October 2015, leading concussion clinicians and researchers gathered at UPMC in Pittsburgh for the “Targeted Evaluation and Active Management” (TEAM) symposium, an unprecedented meeting and white paper designed to propose and share nationally the participants’ agreement on the best practices, protocols, and active therapies for treating concussions.

The conference discussions, led by chair Micky Collins, PhD, director of the UPMC Sports Medicine Concussion Program, along with co-directors Anthony Kontos, PhD, and McGowan Institute for Regenerative Medicine affiliated faculty member David Okonkwo, MD, PhD, of UPMC and the University of Pittsburgh, resulted in the Statement of Agreement publication. The 2-day meeting was fully funded by a grant from the NFL Foundation.

“This conference was remarkable because it brought together a diverse group of leading experts in cutting-edge research and clinical treatment to approach this injury in ways that will help move concussion treatment forward,” said Dr. Kontos, research director for the UPMC Concussion Program, associate professor in the University of Pittsburgh Department of Orthopaedic Surgery.

The U.S. Center for Disease Control (CDC) estimates that as many as 4 million concussions occur each year in the U.S., and sport- and recreation-related concussions in particular have increasing incidence. Symptoms, which can be subtle and last days or weeks, include but are not limited to headache, confusion, and nausea.

“There has been only limited evidence-based guidance, particularly for primary care providers, about the active treatment of concussion,” Dr. Collins said. “This makes it difficult for clinicians to determine how best to treat patients with this injury. Many are treating patients with concussion using a uniform, rest-based approach today much the same way they did a decade ago.”

Doctors typically advise patients to rest—both the brain and body—until symptoms abate, which might require accommodations at school or work. If the injury was sustained during sports, the patient is instructed not to return to play on the same day and to gradually increase aerobic, exertion-based activity while symptoms are carefully monitored.

But, as described at the symposium and in the published Statement of Agreement, research is beginning to show active rehabilitation can help people recover more quickly and safely than simply resting.

“More research in large, multicenter trials is needed to figure out what kinds of treatments are most effective for a set of symptoms and for individual patients,” Dr. Collins said. Most importantly, we believe concussions are treatable and patients can and do get better.”

A 2015 Harris Poll of more than 2,000 U.S. adults found that 71 percent did not recognize that concussions are treatable. In the same report, 1 in 3 patients who had been diagnosed with a concussion reported receiving no prescribed treatment.

“The purpose of the UPMC symposium was to engage leading clinicians and scientists in a discussion of what we know about concussion and its treatment,” Dr. Okonkwo, Professor and Executive Vice Chair of Neurological Surgery, University of Pittsburgh, Director of Neurotrauma and of the Scoliosis and Spinal Deformity Program at UPMC, Clinical Director of the Brain Trauma Research Center, and a member of the Medical Staff for the Pittsburgh Steelers, said. “We hope to build on this effort to share the best available information to improve public understanding and guide future research.”

The authors feel the Statement of Agreement is a step forward in the field and will lead to a collaborative era.

“Over the past decade, many of us individually have accumulated quite a bit of experience about which treatments work for specific symptoms and deficits caused by concussion. We are looking forward to working together to rigorously test these treatments,” said David Brody, MD, PhD, co-author and professor of neurology, Washington University School of Medicine in St Louis.