By The McGowan Institute For Regenerative Medicine | Computations and Modeling, News Archive | Comments are Closed | 11 May, 2015 | 0 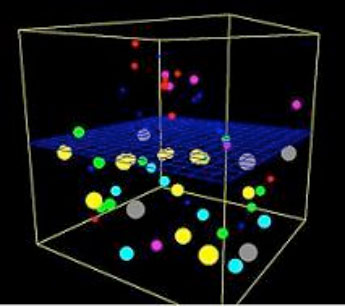 A computer simulation, or “in silico” model, of the body’s inflammatory response to traumatic injury accurately replicated known individual outcomes and predicted population results counter to expectations, according to a study recently published in Science Translational Medicine by a University of Pittsburgh research team which included McGowan Institute for Regenerative Medicine affiliated faculty members—Yoram Vodovotz, PhD, professor of surgery and director of the Center for Inflammation and Regenerative Modeling at the University of Pittsburgh School of Medicine, Timothy Billiar, MD, George Vance Foster professor and chair, Pitt Department of Surgery, Ruben Zamora, PhD, research associate professor at the Pitt’s Department of Surgery, and Gregory Constantine, PhD, professor of mathematics and statistics at Pitt.

Traumatic injury is a major health care problem worldwide. Trauma induces acute inflammation in the body with the recruitment of many kinds of cells and molecular factors that are crucial for tissue survival, explained senior investigator Dr. Vodovotz. But if inappropriately sustained, the inflammatory response can compromise healthy tissues and organs.

“Thanks to life-saving surgery and extensive supportive care, most patients who require trauma care are now highly likely to survive,” Dr. Vodovotz said. “But along the way, they may experience a variety of complications, such as multiple organ failure, that are difficult to predict in initial assessment. Our current challenge is to identify which patients are vulnerable to certain problems so that we can better implement surveillance and prevention strategies and use resources more effectively.”

Building from a model developed for swine, the research team examined blood samples from 33 survivors of car or motorcycle accidents or falls for multiple markers of inflammation, including interleukin-6 (IL-6), and segregated the patients into one of three (low to high) categories of trauma severity. They were able to validate model predictions regarding hospital length of stay in a separate group of nearly 150 trauma patients. They then generated a set of 10,000 “virtual patients” with similar injuries and found the model could replicate outcomes in individuals, such as length of stay and degree of multi-organ dysfunction. Intriguingly, the in silico model also predicted a 3.5 percent death rate, comparable to published values and to the Pitt group’s own observations, even though the model did not include patients who didn’t survive their injuries.

The in silico model predicted that, on an individual basis, virtual patients who made more IL-6 in response to trauma were less likely to survive. But, as the model predicted, that was not true at the population level: Among nearly 100 real patients whose genetic predisposition to make more or less amounts of IL-6 had been determined, there was little difference in survival between high- and low-IL-6 producers.

“These findings demonstrate the limitations of extrapolating from single mechanisms to outcomes in individuals and populations, which is the typical paradigm used to identify potential treatments,” Dr. Vodovotz said. “Instead, dynamic computational models like ours that simulate multiple factors that interact with each other in complex diseases could be a more efficient and accurate way of predicting outcomes for both individuals and populations. Then we can pursue those avenues that have the greatest likelihood of success in clinical trials.”

“The potential impact of this work is high because clinical trials are difficult and expensive to carry out, and usually can test only a single dose of a drug,” noted co-investigator Dr. Billiar. “Determining the best dose, timing, and biomarkers that would characterize patients likely to respond well to therapy is a major thrust of the pharmaceutical and biotechnology companies. This approach could help tailor treatments.”