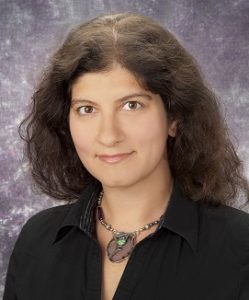 When it comes to diagnosing suspected endometrial cancer and several other endometrial pathologies in post-menopausal women, physicians in the U.S. have two choices: Pipelle biopsy, a minimally invasive procedure that has a 60 to 80 percent chance of success, or a more expensive, riskier procedure that works nearly every time called dilation and curettage (D&C).

In the first U.S. study to directly compare the clinical and economic consequences of the two procedures, University of Pittsburgh School of Medicine researchers have determined that it’s generally best to try the less-invasive route first – even if it means that some women will have to undergo the riskier procedure later. The results are reported in Gynecologic Oncology.

“Most women don’t want to go through an unnecessary procedure, experience health risks, take time off work or find transportation from the hospital,” said McGowan Institute for Regenerative Medicine affiliated faculty member Faina Linkov, PhD, MPH, who led the study and is an associate professor of obstetrics, gynecology and reproductive sciences at the Pitt School of Medicine. “So, we’re pleased to determine that the more convenient procedure can often be the best first choice for many women.”

Both Pipelle and D&C are widely used in the U.S. to diagnose endometrial cancer, the most common gynecologic cancer in post-menopausal women. Every year, an estimated 2 million women will reach menopause and about 10 percent will experience abnormal vaginal bleeding, which can be a symptom of cancer, its precursor or another gynecologic disease that needs to be addressed. To make an accurate diagnosis, tissue samples are taken in a doctor’s office during a Pipelle procedure, or they may be taken in the operating room during a D&C, which requires the use of general anesthetics.

Although the Pipelle procedure is lower risk, in up to 42 percent of post-menopausal women, especially for those with obesity, physicians are unable to access the uterine cavity or obtain adequate tissue samples.  By contrast, physicians are able to obtain sufficient tissues samples during a D&C in close to 99 percent of procedures.

“We don’t want to do a Pipelle in 100 percent of women, but only in women who are good candidates. For those women, we hope to maximize the number of Pipelles done in doctor’s offices, which will help minimize the number of D&C’s that must be done in operating rooms,” said Dr. Linkov. “Even if it’s not successful in some patients, our research shows that Pipelle should be used first in most women.”