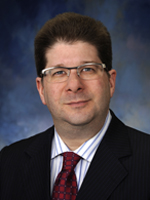 The investigator-initiated trial is aimed at evaluating whether Avita Medical Ltd.’s ReCell® treatment combined with widened split-thickness skin grafts is more effective in treating full-thickness traumatic wounds than conventional skin grafts. Outcomes for the area treated with Regenerative Epithelial Suspension (RES™) produced using the ReCell® device will be compared to outcomes of another area on the same patient treated with only conventional meshed autografting.

The first patient has been treated in the study, which is funded through a DoD research program and taking place at Walter Reed in Bethesda, Maryland. Avita Medical will play an advisory supporting role in the trial.

“When treating injuries associated with severe trauma, physicians are often limited in choice of donor sites for skin grafts, and so there is a real need for an acceptable alternative to conventional full and partial thickness skin autografting,” said Andrew Quick, Avita Medical VP Research & Technology.

The July/August 2015 issue of Army Technology Magazine reported that the ReCell® device was regarded as having great potential for treating burn injuries among U.S. military personnel. Previous use of ReCell® at Walter Reed, under compassionate use dispensations granted by the FDA, has included treatment of soldiers wounded in Afghanistan and Iraq. The Company believes the device, being fully portable, battery-powered, and needing only ambient storage temperatures, is well suited for deployment in field hospitals.

“It is great to see that the team at Walter Reed have commenced this study, which we believe has great potential for improving the treatment of civilians and wounded warriors who have suffered traumatic injuries,” said Adam Kelliher, Chief Executive Officer of Avita Medical. “We look forward to further updates from the investigators as the trial progresses.”

ReCell® is Avita Medical’s unique proprietary technology that enables a clinician to rapidly create, at point of care in approximately 30 minutes, Regenerative Epithelial Suspension (RES™) using a small sample of the patient’s skin. RES™ is an autologous suspension comprising the cells and wound healing factors necessary to regenerate natural, healthy skin. RES™ has a broad range of applications and can be used to restart healing in unresponsive wounds, to repair burns using less donor skin yet with improved functional and aesthetic outcomes, and to restore pigmentation and improve cosmesis of damaged skin.