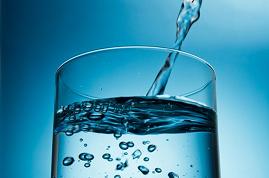 Chronic exposure to arsenic can lead to stem cell dysfunction that impairs muscle healing and regeneration, according to a pre-clinical study conducted by researchers at the University of Pittsburgh’s School of Medicine and Graduate School of Public Health. In a report published in Stem Cells, McGowan Institute for Regenerative Medicine affiliated faculty members Fabrisia Ambrosio, PhD, and Donna Stolz, PhD, and colleagues noted that inhibiting a certain protein in an inflammatory pathway can reverse the harmful effects and that environmental exposures might explain why some people don’t recover easily after injury or surgery.

More than 140 million people worldwide and 4 million Americans chronically ingest arsenic in their drinking water, said senior investigator Dr. Ambrosio, assistant professor of physical medicine and rehabilitation at Pitt. The 21st most abundant metal in the Earth’s crust, arsenic is naturally present in soil and bedrock-walled wells and has no odor, color, or taste.

“Whereas previous research has examined the impact of arsenic and other environmental contaminants on stem cell function critical for fetal and child development, there is very little information about how such exposures may affect stem cells and their function in adulthood,” Dr. Ambrosio said. “We wanted to see if environmentally relevant levels of arsenic impair the ability of skeletal muscle to properly repair after injury, and we found out that it does.”

In the study, mice drank water for 5 weeks, or about 2 human years, with the equivalent of 10 times the arsenic level considered safe for humans by federal standards. Similar levels are seen in about 8 to 10 percent of wells, said co-investigator Aaron Barchowsky, PhD, professor of environmental and occupational health at Pitt Public Health. Then the researchers injured muscle in the exposed mice and compared the outcome to those of mice that weren’t exposed to arsenic.

They found a significant decrease in the ability of the muscle in arsenic-exposed mice to regenerate after the injury, and a consequent impairment of muscle function. They examined muscle tissue after taking away all the cells, leaving only what’s called the extracellular matrix, and found it had abnormally remodeled producing structural deficits.

The researchers seeded the arsenic-exposed extracellular matrix with human muscle stem cells to see if healthy muscle would reform.

“We found that this pathogenic matrix impaired the ability of our stem cells to form new muscle fibers,” Dr. Ambrosio said. “This may contribute to an impaired healing response after injury.”

They learned that arsenic caused heightened biochemical signals from a protein complex called NF kappa B, which is involved in matrix remodeling and tissue repair.

“A striking finding is that if we blocked the activation of the NF kappa B program, we saw the arsenic-exposed muscle recovered just fine,” Dr. Barchowsky said. “We’d like to go deeper into this in our next steps to explore whether we can reverse arsenic’s impact on a person who has been chronically exposed to it.”

Dr. Ambrosio, a physical therapist, noted that some patients have a harder time recovering from surgery or injury.

“From a rehabilitation perspective, it could be important to pay more attention to these environmental factors that may be influencing the ability of tissue to regenerate,” she said. “It would be wonderful if we could identify people who may be predisposed to a diminished healing capacity and then intervene accordingly so they are able to better recover from injuries.”