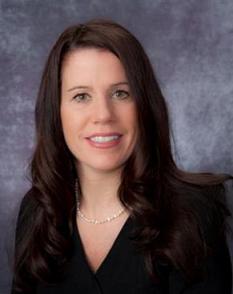 The experts at the UPMC Mercy Burn Center join the American Burn Association (ABA) in observing National Burn Awareness Week, Feb. 6-12. ABA’s theme this year is “Burning Issues in the Kitchen” as 47% of all home fires are caused by cooking mishaps. According to the American Red Cross, fires break out year-round, but the majority in the United States occur during winter — when conditions for battling them are likely to be at their worst.

“Many of the burns and injuries we see are preventable by using caution and thoughtfulness. Don’t rush or multi-task in the kitchen,” said McGowan Institute for Regenerative Medicine affiliated faculty member Jenny Ziembicki, MD, director of UPMC Mercy Burn Center.

Mercy patient and burn survivor Brian Young, 48, was treated at UPMC Mercy last October after suffering burns due to a grease spill. After cooking dinner, Mr. Young left a pot with grease on the stove to cool. However, the electric stove was not turned off. He went to bed and woke up to smoke engulfing his house.

Mr. Young helped his family get outside safely, but while he tried to remove the pot it caught on fire. “I grabbed a pair of gloves from my laundry room. It was so smoky in there and I was choking. I went out the front door and went toward the steps when the grease splashed on me, and I slipped,” he said.

The New Kensington family had suffered a home fire previously and were better prepared to keep the smoke from spreading. “I have a fire extinguisher, but the pot hadn’t combusted yet so I thought I could just remove it.”

Mr. Young sustained burns to his face and his body and was rushed to the hospital. “My wife called the ambulance immediately and they flew me to UPMC Mercy, and the staff took care of me and put me back together,” he shared.

Mr. Young said he believes that fire safety should be taught to everyone especially children, so they become familiar with how dangerous cooking can potentially be and know how to prevent injuries.

Here are some helpful tips to prevent fires and injuries in the kitchen:

For more than 50 years, the UPMC Mercy Trauma and Burn Center has provided comprehensive care for burn victims of all ages.

Accidental burns are a leading cause of household injuries. If someone in your home sustains a minor burn, remember these important tips: