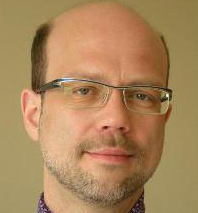 There is growing evidence that cellular senescence plays a critical role in the pathogenesis of chronic liver diseases. McGowan Institute for Regenerative Medicine affiliated faculty member Michael Oertel, PhD, Associate Professor of Pathology, Division of Experimental Pathology, Department of Pathology, and a member of the Liver Research Center at the University of Pittsburgh, is a co-principal investigator on a project that will dissect the role of the activin A/p15INK4b axis in inducing senescence and how it impacts chronic liver disease progression. Uncovering mechanism(s) and identifying essential mediators of hepatocyte senescence will provide fundamental new information for developing novel therapeutic strategies to halt progression of chronic liver diseases.

The project is entitled, “Blocking Hepatocyte Senescence as a Novel Therapeutic Strategy for Chronic Liver Diseases,” will run for 4 years. The National Institute of Diabetes and Digestive and Kidney Diseases of the NIH funded this project.

The abstract of the project follows:

There is growing evidence implicating that cellular senescence is involved in the progression of chronic liver diseases (CLD). However, the mechanisms underpinning cellular senescence-mediated progression of CLD remain unclear. We have recently reported an important role of the activin A/p15INK4b axis in inducing hepatocyte (HC) senescence. Further suggesting a role of the activin A/p15INK4b axis in inducing HC senescence in CLD, because our preliminary data from rat models of liver cirrhosis revealed increased activin A and p15INK4b expression in cirrhotic liver tissue regions, which correlated with increased hepatic SA-β-gal activity. We also found that elevated p15INK4b expression in the livers of mice treated with CCl4 and observed that activin A inhibition markedly reduced CCl4-induced hepatic injury. Increased levels of activin A are also reported in several human CLDs, and our preliminary data demonstrate increased activin A expression in the livers of cirrhosis patients. Based on this evidence, we hypothesized that activin A contributes to the pathogenesis of CLDs by driving p15INK4b-mediated induction of HC senescence. Senescence-associated secretory phenotype (SASP) factors produced by senescent HCs promote inflammation and fibrosis, resulting in CLD progression. We will test our hypothesis using our established rat HC transplantation model and rodent models of CLD according to the following integrated Specific Aims. In Aim 1, we will use our HC-transplantation model to precisely demarcate senescent and neighboring cells, followed by isolation of both cell populations using laser-capture microdissection (LCM). Comparative analyses of these foci and their surrounding regions will reveal paracrine signals from senescent HCs and their phenotypic effects on neighboring HCs. Aim 2 will investigate the effect of activin A/p15INK4b-induced HC senescence in both rat and mouse models of CLD. Studies in the mouse model will also include a comprehensive phenotypic and functional analysis of hepatic immune cell infiltrates to determine the impact of HC senescence on immune cells. We will also evaluate hepatic expression of activin A and p15INK4b in cirrhotic patients by confocal microscopy to determine the clinical relevance of the activin A/p15INK4b axis. Lastly, in Aim 3, we will investigate the therapeutic benefit of targeting senescence in CLDs. This application leverages our combined expertise in liver transplantation models (Oertel, MPI), animal models of liver diseases (Oertel/Raeman, MPIs), immunology (Raeman), and senescence (Oertel), as well as extensive experience in hepato-pathology and RNA-seq analyses (Locker, Co-I) and lentiviral/AAV expression systems (Bell, Co-I), to investigate the mechanisms underpinning HC senescence and the role of senescent HCs and their detrimental effects on neighboring cells in the pathogenesis of CLD. The results of our investigations will lead to identification of therapeutic strategies to prevent or halt progression of CLD by targeting hepatic senescence.