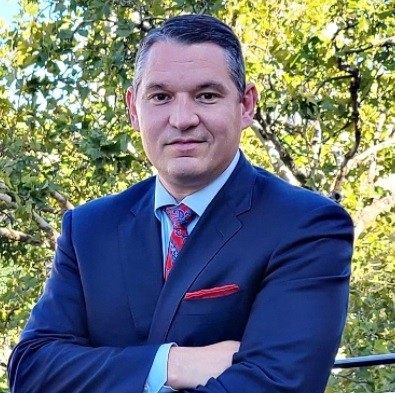 McGowan Institute for Regenerative Medicine faculty member Steven Little, PhD, internationally recognized for his research in pharmaceutics and biomimetic drug delivery systems, now adds the University of Pittsburgh’s highest distinction for faculty to his list of honors. Recognizing his contributions to the professoriate as well as research, scholarly impact, and leadership, Dr. Little was appointed Distinguished Professor by Chancellor Patrick Gallagher.

Dr. Little, who also serves as the William Kepler Whiteford Endowed Professor and Department Chair of Chemical and Petroleum Engineering in Pitt’s Swanson School of Engineering, has developed numerous new drug formulations including controlled drug release that mimics the body’s own mechanisms of healing and resolving inflammation. Unlike traditional medications that require large doses administered via ingestion, inoculation or intravenously, biomimetic treatments recruit a patient’s own cells to treat disease at the source. In particular, Dr. Little’s research shows potential new applications for glaucoma, gum disease, and even transplant organ rejection.

“Steve is a truly outstanding individual whose academic and research career trajectory has made a remarkable impact in his field, but also among his fellow academicians and the many students he has taught and mentored,” noted James Martin II, PhD, U.S. Steel Dean of Engineering at Pitt. “To attain such recognition from the University when he is only at the midpoint of his career is a recognition of his dedication, creativity, and passion for engineering education and research.”

Since joining the Pitt faculty in 2006 after his doctoral training, Dr. Little has secured nearly $30 million in peer-reviewed funding from federal sources such as the National Science Foundation (NSF), National Institutes of Health (NIH), Department of Energy, and Department of Defense. His publication record includes more than 100 high-impact publications in Journal of the American Chemical Society, Angewandte Chemie, Science Advances, Proceedings of the National Academy of Sciences, ACS Nano, Advanced Materials, Biomaterials, and two separate feature review articles in Journal of Materials Chemistry. His work has been highlighted several times by Nature, Nature Methods, NIH, NSF, and several local and national media sources including the Wall Street Journal.

McGowan Institute faculty member Harvey Borovetz, PhD, Distinguished Professor and Former Chair of Bioengineering at Pitt, who chaired Dr. Little’s nomination committee noted, “It is a tremendous accomplishment for an academic to be recognized as Distinguished Professor at the zenith of their career, and even more rare for someone to be so honored in such short time. Dr. Little’s impact is far-reaching, not only within his field but regarding the growth of his own department at Pitt.”

Through his seven-year tenure as Chair, the Department of Chemical and Petroleum Engineering has seen over a two-fold increase in grant proposal submissions, approximately a two-fold increase in peer-reviewed publications, an increase of undergraduate revenue generation of nearly 60 percent, and an increase in net graduate tuition generation of 175 percent. Supporting this growth, he has hired 14 new faculty members and five staff, increasing the Department’s faculty size by over 60 percent.

“Steve’s research cuts across the traditional boundaries of scientific disciplines, an area where he clearly thrives,” noted Robert Langer Jr., PhD, one of Dr. Little’s references and his PhD advisor at the Massachusetts Institute of Technology (MIT). “In this way, he is a superb example of a modern-day young innovator who attacks problems from different perspectives when compared to his peers.” Dr. Langer currently is the David H. Koch Institute Professor at MIT.

“I am honored and humbled to have been nominated for this caliber of appointment and to have been supported by so many at the Distinguished Rank from around the world,” Dr. Little said. “It’s been those people who have inspired me to innovate and train the next generation of scientists. I can only hope to support others the way that they have supported me.”