Dr. Harvey Borovetz is a Distinguished Professor and former Chair (2002-2013) in the Department of Bioengineering, Swanson School of Engineering at the University of Pittsburgh, the Robert L. Hardesty Professor in the Department of Surgery, University of Pittsburgh School of Medicine, a Professor of Chemical and Petroleum Engineering, a Professor – Clinical and Translational Science Institute and a University Honors College Faculty Fellow. Within the McGowan Institute for Regenerative Medicine, Dr. Borovetz holds the position of Deputy Director of Artificial Organs and Medical Devices.

After receiving his BA in Physics from Brandeis University in 1969, Dr. Borovetz went on to earn an MS and a PhD degree, both in bioengineering, from Carnegie Mellon University in 1973 and 1976, respectively. Dr. Borovetz’s current research interests are focused on the design and clinical utilization of cardiovascular organ replacements for both adult and pediatric patients.

Since 1986, Dr. Borovetz has served as the academic liaison for the University’s Clinical Bioengineering Program in Mechanical Circulatory Support. This program supports patients who are implanted with a left ventricular assist device, or bi-ventricular assist devices, as a bridge to cardiac transplantation or destination therapy. This work in mechanical circulatory support follows Dr. Borovetz’s early efforts in which he helped cardiac surgeons apply extracorporeal membrane oxygenation (ECMO) to treat successfully a large series of neonates in respiratory distress.

Dr. Borovetz was elected Fellow of the American Institute for Medical and Biological Engineering, an inaugural Fellow of the Biomedical Engineering Society, a Fellow of the Council on Arteriosclerosis, American Heart Association, a past member of the Board of Trustees of the American Society for Artificial Internal Organs (ASAIO), and a past member of the Board of Directors of The Biomedical Engineering Society (BMES).  Dr. Borovetz previously served on the Scientific Advisory Boards of the University of Louisville Speed Scientific School, the University of Massachusetts, the Departments of Bioengineering at Bucknell University, the Cleveland Clinic Foundation, UCLA, Rutgers University and Pennsylvania State University.  He has also served on numerous NIH and NSF study sections, as a member of the Literature Selection Technical Review Committee, National Library of Medicine, as an ad hoc reviewer on the Scientific Advisory Committee of the Whitaker Foundation and as a reviewer for The Whitaker International Fellows and Scholars Program.  Dr. Borovetz holds seven patents and is the author on hundreds of journal articles, abstracts, proceedings papers, monographs, and book chapters.

Dr. Borovetz is a 1992 recipient of the R & D Magazine 100 Award (along with Frank Shaffer, Department of Energy, and Dr. John Woodard, Novacor Division, Baxter Healthcare Corporation).  He is the 2001 ASAIO Whitaker Lecturer, the 2007 recipient of the Carnegie Science Center Life Sciences Award, and the 2009 ASAIO Hastings Lecturer.  Dr. Borovetz is the 2003 Inaugural Co-Chair, Gordon Research Conference on Assisted Circulation and the 2009 Conference Chair, BMES Annual Meeting, Pittsburgh, PA.  He is the recipient of the 2012-2013 Swanson School of Engineering Board of Visitors Faculty Award and the 2016 Swanson School of Engineering Award for Diversity.  Dr. Borovetz was the Chairman for the NIH Center for Scientific Review – Surgery, Applied Imaging and Applied Bioengineering Study Sections Boundaries Team.  In 1999 and 2000, Dr. Borovetz spent one-half time at the NIH, where he served as a Health Sciences Administrator for the Bioengineering Research Group of the National Heart, Lung, and Blood Institute.  From 2008 – 2020, Dr. Borovetz served as the Executive Director for an NSF Engineering Research Center entitled, “Revolutionizing Metallic Biomaterials.”  The ERC applicant organization is North Carolina Agricultural and Technical State University, an HBCU located in Greensboro, NC.  For the past 8 years, 2015 – 2022, Dr. Borovetz, as a Visiting Lecturer, taught/co-taught seven courses, “Artificial Organs – Cardiac Assist Devices,” “Cardiac Care in Israel and the United States,” “Implant Biomechanics” (co-instructor) and four times, “Biomechanics of Implants” (co-instructor), respectively, in the Department of Mechanical Engineering, Ort Braude College, Karmiel, Israel.  Since 2017 Dr. Borovetz has participated in the development of a VAD R&D Program in Hyderabad, India.  This effort is part of the charter of a non-profit organization SHARE (Science Health Allied Research and Education) INDIA to promote exchange of technologies between the United States and India.

View a list of representative publications by Dr. Borovetz here. 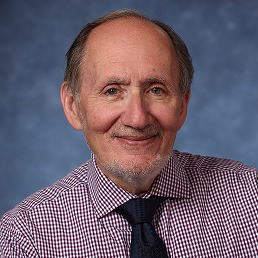