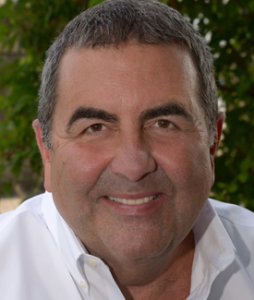 Cell-free plasma hemoglobin (PHb) is now recognized as a common and problematic sequela of extracorporeal therapies (ECT) such as cardiopulmonary bypass (CPB) and extracorporeal membrane oxygenation (ECMO) with contributions to organ injury such as acute kidney injury. The goal of new research is to develop a novel and selective extracorporeal hemadsorption device capable of removing PHb during all forms of ECT. The prototype will be evaluated for compatibility with ECT, the capability to effectively remove PHb, and the ability to ameliorate ECT-related kidney injury.

McGowan Institute for Regenerative Medicine faculty member William Federspiel, PhD (pictured), John A. Swanson Professor in the Department of Bioengineering with secondary appointments in Chemical Engineering, Critical Care Medicine and Clinical and Translational Sciences, and Director of the Medical Devices Laboratory at the McGowan Institute, is the co-principal investigator on the project entitled, “Hemoadsorption device for selective removal of cell-free plasma hemoglobin during extracorporeal therapies.” The 2-year project began on September 2, 2022, and was funded by the NIH’s National Heart, Lung, and Blood Institute.

The abstract for this project reads:

Extracorporeal therapies (ECT) including cardiopulmonary bypass (CPB) and extracorporeal membrane oxygenation (ECMO) have been refined over the years, yet unfavorable outcomes such as acute kidney injury (AKI) continue to occur and are associated with mortality and prolonged intensive care unit and hospital length of stay. Increased cell-free plasma hemoglobin (PHb) from hemolysis during CPB and ECMO has been identified as playing a central role in such dysfunction and is thus an obvious clinical target. Despite this, there are no clinically available therapies for the selective removal of PHb during ECT. The focus of this proposal is to develop a novel extracorporeal hemoadsorption device to serve as an easily implementable therapy to selectively remove PHb during ECT. The hemoadsorption device will use a bead-based matrix containing immobilized haptoglobin (Hp), a native protein with high-affinity binding for PHb, to selectively remove PHb from whole blood flow. Preliminary work has been conducted to establish the foundational feasibility of the proposed approach. This includes the development of methods to produce Hp-modified beads, confirmation of the ability of these beads to bind PHb, demonstration of the ability of a bead-based column to accommodate whole blood flow, and model-based evidence of the ability for clinically reasonable device flow rates to achieve therapeutic PHb removal. In addition, we have established a rat model of ECT-induced AKI to be used during in vivo assessment of the proposed approach. The two proposed Aims will (i) fabricate functional, scaled-down prototypes and characterize PHb binding kinetics during benchtop studies in whole blood flow and (ii) use a rat model to evaluate the feasibility of device implementation during ECT and its ability to prevent ECT-induced renal injury. Thus, the proposed work involves elements of design and fabrication of extracorporeal blood-contacting devices, porous media fluid dynamics, blood-based mass transfer, hemocompatibility, kidney injury, hemolysis-associated pathology, and clinical implementation of ECT. The research team, led by principal investigators Nahmah Kim-Campbell, MD, MS, and William Federspiel, PhD, possesses the unique engineering and clinical expertise necessary to pursue this highly multidisciplinary research. Combined with the rich research environment and resources of the University of Pittsburgh and the McGowan Institute of Regenerative Medicine, this team is well-positioned to successfully develop this mechanistically supported approach to improve adverse outcomes in ECT.