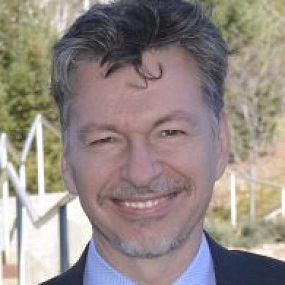 Approximately 23,700 children in the U.S. undergo invasive mechanical ventilation for acute respiratory failure annually. Although most survive, little is known if they have worse long-term neurocognitive function than children who do not undergo such procedures. There are concerns about neurotoxic effects of critical illness and its treatment on the developing brain. Therefore, infants and young children may be uniquely susceptible to adverse neurocognitive outcomes after invasive mechanical ventilation.

A four-year sibling-matched cohort study, published in JAMA, conducted at 31 U.S. PICUs and associated neuropsychology testing centers sheds light on the subject. McGowan Institute for Regenerative Medicine affiliated faculty member Derek Angus, MD, MPH, executive vice president and chief innovation officer at UPMC, distinguished professor and the Mitchell P. Fink Endowed Chair in Critical Care Medicine at the University of Pittsburgh, and chair of the Department of Critical Care Medicine, is a co-author on the study.

Researchers found that children who survived PICU hospitalization for respiratory failure and were discharged without severe cognitive dysfunction had significantly lower subsequent IQ scores than their matched siblings.

“While the difference in IQ scores between patients and unexposed siblings was small, the data provide strong evidence of the existence and epidemiology of pediatric post-intensive care syndrome (PICS-p) after a single typical episode of acute respiratory failure necessitating invasive ventilation among generally healthy children,” says Martha A.Q. Curley, PhD, RN, FAAN, Professor of Nursing at the University of Pennsylvania School of Nursing (Penn Nursing) and the study’s lead researcher.

The study reaffirms the importance of assessing long-term outcomes as part of any trial evaluating acute interventions in pediatric critical care. It also underscores the importance of further study to understand which children may be at highest risk, what modifiable factors could cause it, and how it can be prevented.