Characterizing the Progression of Atherosclerotic Plaques and Predicting Rupture Vulnerability

Characterizing the Progression of Atherosclerotic Plaques and Predicting Rupture Vulnerability 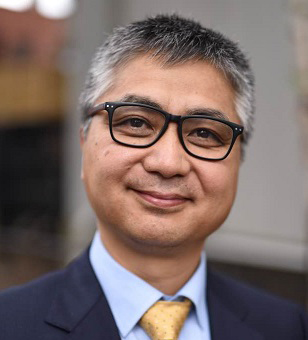 Acute coronary syndromes and strokes together constitute a leading cause of morbidity and mortality in the United States and Europe, approximately 80% of which are caused by atherosclerotic plaque rupture. Validation of an innovative diagnostic ultrasound imaging technology that will allow for noninvasively detecting atherosclerotic plaques that have high chance of rupturing, which will result in heart attacks and strokes, is proposed.

McGowan Institute for Regenerative Medicine affiliated faculty member Kang Kim, PhD, Associate Professor of Medicine and of Bioengineering at the University of Pittsburgh and the Heart and Vascular Institute, UPMC, is the principal investigator on the project entitled, “Super Resolution Ultrasound Imaging of Vasa Vasorum to Characterize the Progression of Atherosclerotic Plaques and Predict Rupture Vulnerability,” which will run for 4 years. The NIH National Heart, Lung, and Blood Institute funded this work.

The innovative technology, so called super resolution ultrasound imaging, provides unprecedented high resolution that enables imaging abnormal growth of microvessels in atherosclerotic plaques at great details, which is well known as a key indicator of plaque rupture. If successfully validated through a novel rabbit plaque rupture model that is known to be most close to human plaques, the technology development and findings through this project will provide strong foundation and potential for future clinical translation. Upon successful clinical validation in the future on human subjects, an immediate clinical application will be for carotid atherosclerosis clinics where this imaging technology incorporated into a current ultrasound scanner will be able to identify plaques at high risk of rupture for most appropriate interventions and/or treatments to prevent strokes and save life. The immediate outcomes from this project include an accurate, affordable, well-validated robust animal imaging tool for important diseases which are associated with microvessel abnormalities such as atherosclerotic plaques proposed in this project, cancer angiogenesis, and kidney diseases to name a few.

The abstract for this project follows:

Acute coronary syndromes and strokes together constitute a leading cause of morbidity and mortality in the United States and Europe, approximately 80% of which are caused by atherosclerotic plaque (AP) rupture. Over the past decade, extensive efforts have been made to identify a rupture-prone AP. Among others, infiltration of dense neovascularization arising from vasa vasorum (VV) into the AP core plays a critical role in AP rupture. Postmortem studies revealed key involvement of VV in AP. However, a persistent lack of a noninvasive, high-resolution imaging tool to longitudinally assess abnormal microvascular expansion remains a critical barrier to adequate in-vivo investigation on how VV affects AP progression and contributes to eventual rupture.

To address this dire unmet need, we propose an innovative transcutaneous super resolution ultrasound (SRU) imaging. The technology development in this project seeks to shift the current US imaging approach in identifying microvessels of AP from “intravascular” to a “fully noninvasive transcutaneous” imaging approach. This is only possible by achieving unprecedented high spatial resolution at large depth, breaking acoustic diffraction limit of the ultrasound frequency that governs spatial resolution. Our group has performed in-depth feasibility studies where SRU imaging successfully identified neomicrovessels in cholesterol-fed rabbit AP, evaluated against µCT and histology. Additionally, areas requiring further technical optimization were identified. Such technology developments and preliminary data thus far rigorously support our overarching hypothesis that enhanced and optimized SRU will accurately stage plaque progression and identify rupture-prone plaques by directly measuring VV changes with exquisite detail. To test the hypothesis, we will use a well-established, clinically relevant cholesterol-fed rabbit AP rupture model, which has shown the most similarity to human plaque pathology including VV neovascularization, to validate the novel SRU system to 1) Successfully quantify changes in vessel density and 2) Identify rupture-prone AP.

To achieve these goals, we propose the following specific aims: 1) To develop enhanced SRU at high frequency using a commercial small animal imaging probe, and 2) To determine if VV changes estimated by SRU correlate with AP progression and are predictive of AP rupture. The immediate outcomes of the proposed work are an affordable noninvasive small animal SRU imaging tool and it’s validation on a clinically relevant rabbit AP model, which also can be used for other important small animal disease models, which are associated with microvessel abnormality such as cancer angiogenesis and kidney diseases to name a few. With proper adaptations into a clinical mid frequency probe and validation in clinical settings in future, this work will lead to our long-term translational goal to integrate SRU in a facile manner into the current clinical standard of carotid duplex sonography that has shown poor specificity to plaque vulnerability. This will help to effectively stratify patients at high risk of strokes and guide adequate intervention/treatment options for stroke prevention, exerting highly influential clinical impact.