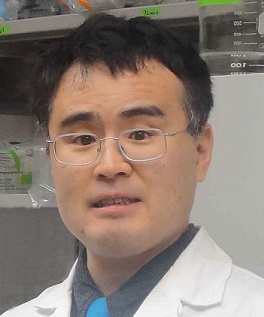 Auto-brewery syndrome is a rare medical condition in which intoxicating quantities of ethanol are produced by specific types of yeast or bacteria through endogenous fermentation in the digestive system.  McGowan Institute for Regenerative Medicine affiliated faculty member Kenichi Tamama, MD, PhD, FCAP, Associate Professor of Pathology at the University of Pittsburgh School of Medicine and Director of the Toxicology Laboratory, and colleagues have reported in the Annals of Internal Medicine the first known case of a woman who urinates alcohol after a never-before-seen condition effectively turned her bladder into a microbrewery.

A 61-year-old woman with cirrhosis and poorly controlled diabetes presented to the University of Pittsburgh Medical Center for placement on the liver transplant waitlist. Even though the woman denied drinking any alcohol, she was taken off the waiting list for a donor organ at another hospital, and was instead referred for treatment for alcohol abuse, says Dr. Tamama.

Doctors at UPMC again found alcohol in her urine, but further tests revealed that there was no alcohol in her blood. Stumped, Dr. Tamama, a pathologist, began to investigate. As Dr. Tamama conducted some basic tests, he found that the woman’s urine contained yeast.

According to Dr. Tamama, this is what the team believes occurred:  The patient had poorly controlled diabetes, one of the causes of liver disease. It also spurs chronically high blood sugar, with spillover into the urine. The sugar, Dr. Tamama said, likely fueled a yeast overgrowth in the woman’s bladder.

Specifically, she had an abundance of Candida glabrata, which is closely related to brewer yeast. So, the microbes began converting their sugar supply into alcohol.

“The experience we describe here of two liver transplant teams at different institutions demonstrates how easy it is to overlook signals that urinary auto-brewery syndrome may be present,” the study researchers said. The team called for standardized guidelines for alcohol abstinence monitoring. Dr. Tamama said he expects that auto-brewery syndrome will be rare.

The case report said the patient was reconsidered for a transplant.

“This is a game-changer for the patient,” Dr. Tamama said.