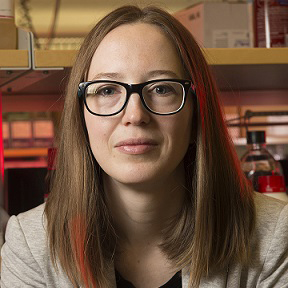 People with congenital stationary night blindness (CSNB) are unable to distinguish objects in dim-light conditions. This impairment presents challenges, especially where artificial lighting is unavailable or when driving at night.

In 2015, researchers from Penn’s School of Veterinary Medicine learned that dogs could develop a form of inherited night blindness with strong similarities to the condition in people. In 2019, the team identified the gene responsible.

In the journal, Proceedings of the National Academy of Sciences, they’ve reported a major advance: a gene therapy that returns night vision to dogs born with CSNB. The success of this approach, which targets a group of cells deep in the retina called ON bipolar cells, charts a significant step toward a goal of developing a treatment for both dogs and people with this condition, as well as other vision problems that involve ON bipolar cell function. McGowan Institute for Regenerative Medicine affiliated faculty member Leah Byrne, PhD, Assistant Professor, Department of Ophthalmology, University of Pittsburgh, with secondary appointments in the Departments of Neurobiology and Bioengineering, co-authored the study.

Dogs with CSNB that received a single injection of the gene therapy began to express the healthy LRIT3 protein in their retinas and were able to navigate a maze in dim light. The treatment also appears lasting, with a sustained therapeutic effect lasting a year or longer.

“The results of this pilot study are very promising,” says Keiko Miyadera, DVM, PhD, lead author on the study and an assistant professor at Penn Vet. “In people and dogs with congenital stationary night blindness, the severity of disease is consistent and unchanged throughout their lives. And, we were able to treat these dogs as adults, between 1 and 3 years of age. That makes these findings promising and relevant to the human patient population, as we could theoretically intervene even in adulthood and see an improvement in night vision.”

In the earlier work, the Penn Vet team, working in collaboration with groups from Japan, Germany, and the United States, discovered a population of dogs with CSNB and determined that mutations in the LRIT3 gene were responsible for the dogs’ night vision impairment. The same gene has been implicated in certain cases of human CSNB as well.

This mutation affects the ON bipolar cells’ function, but, unlike in some blinding diseases, the overall structure of the retina as a whole remained intact. That gave the research team hope that supplying a normal copy of the LRIT3 gene could restore night vision to affected dogs.

Yet while Penn Vet researchers from the Division of Experimental Retinal Therapies have developed effective gene therapies for a variety of other blinding disorders, none of these earlier treatments has targeted the ON bipolar cells, located deep within the middle layer of the retina.

“We’ve stepped into the no-man’s land of the retina with this gene therapy,” says William A. Beltran, DVM, PhD, a coauthor and professor at Penn Vet. “This opens the door to treating other diseases that impact the ON bipolar cells.”

The researchers overcame the hurdle of targeting these relatively inaccessible cells with two key findings. First, through a rigorous screening process conducted in collaboration with colleagues at the University of California, Berkeley, led by John Flannery, PhD, and at the University of Pittsburgh led by Dr. Byrne, they identified a vector for the healthy LRIT3 gene that would enable the treatment to reach the intended cells. Second, they paired the healthy gene with a promoter — the genetic sequence that helps initiate the “reading” of the therapeutic gene — that would act in a cell-specific fashion.

“Prior therapies we’ve worked on have targeted photoreceptors or retinal pigment epithelium cells,” says coauthor Gustavo D. Aguirre, VMD, PhD, a Penn Vet professor. “But the promoter we use here is very specific in targeting the ON bipolar cells, which helps avoid potential off-target effects and toxicity.”

The researchers suspect that restoring the functional LRIT3 gene enables signals to cross from the photoreceptor cells to the ON bipolar cells. “LRIT3 is expressed at the ‘finger’ tips of these cells,” says Dr. Beltran. “Introducing this transgene is essentially allowing the two cells to shake hands and communicate again.”

An open question is whether targeting both photoreceptor cells and ON bipolar cells together could lead to even greater improvements in night vision. Other research groups studying these conditions in mice have targeted the therapy to photoreceptor cells and found some vision to be restored, suggesting a possible path to enhance the effects of gene therapy.

And while the therapy enabled functional recovery — dogs were able to navigate a maze when their treated eye was uncovered but not when it was covered — the healthy copy of the gene was only expressed as much as 30% of ON bipolar cells. In follow-up work, the researchers hope to augment this uptake.

“We had great success in this study, but we saw some dogs get better recovery than others,” says Dr. Miyadera. “We’d like to continue working to maximize the therapeutic benefit while still ensuring safety. And we’ve seen that this treatment is durable, but is it lifelong after one injection? That’s something we’d like to find out.”

The team also plans to amend the therapy to use the human version of the LRIT3 gene, a necessary step toward translating the treatment to people with CSNB with an eventual clinical trial.