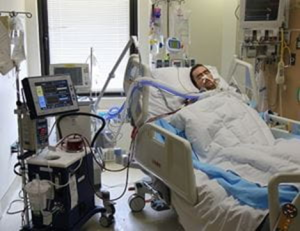 Teams at the McGowan Institute led the development of what would become ALung’s Hemolung Respiratory Assist System (RAS), a dialysis-like alternative to mechanical ventilation.

Every breath was arduous and potentially his last. His body had begun to reject the lungs he had received. Doctors in his hometown believed he would die in less than five days if he did not receive an emergency double lung re-transplant and referred him to UPMC in Pittsburgh. But by the time Jon and his wife Sallie arrived, his carbon dioxide levels had spiked, making it impossible to perform the surgery. He was also too ill to be placed on extracorporeal membrane oxygenation (ECMO), the traditional therapy used for patients waiting for lung transplants.

Sallie began to believe she had brought her husband to Pittsburgh to die. Instead, clinicians turned to the Hemolung RAS, which would filter out harmful carbon dioxide while providing healthy oxygen to Jon’s blood, allowing him to regain enough stability to undergo surgery. However, the Hemolung RAS was not yet approved for use in the US, so Jon’s team of experts reached out to the Food and Drug Administration requesting emergency approval to use the device. 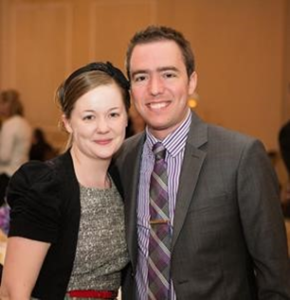 Jon was ultimately able to undergo the life-saving re-transplant surgery he needed and is now back at home with Sallie breathing freely. Under Emergency Use Authorization by the Food and Drug Administration, the Hemolung RAS has been used in the treatment of more than 120 patients suffering from severe COVID-19 respiratory failure. On Nov. 15, 2021, ALung Technologies, Inc., announced that the FDA granted the company De Novo clearance for the use of the Hemolung RAS in the US.