Dr. Cui earned her BE in Polymer Materials and Chemical Engineering and her MS in Biophysics at Tsinghua University in Beijing, China.  She went on to earn her PhD in Macromolecular Science and Engineering at the University of Michigan, Ann Arbor, Michigan.

For her work, Dr. Cui has won numerous awards, most recently:

She serves as a grant agency reviewer for the National Institute of Health, National Science Foundation, National Research Agency of France, Science Foundation of Ireland, European Research Council and the American Institute of Biological Sciences.  Dr. Cui holds 6 granted U.S. patents, and she is a reviewer for many prestigious journals, such as Science, Nature Communication, ACS NanoAdvanced Materials, Advanced Functional Materials, Biomaterials, Acta Biomaterialia, Biosensors and Bioelectronics, Journal of Neural Engineering amongst others.  Dr. Cui is on the editorial board of the Journal of Materials Chemistry B, Journal of Neural Engineering and Current Opinion in Biomedical Engineering. 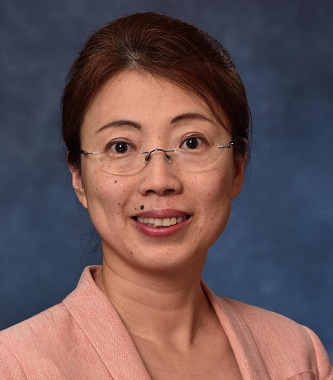