Dr. Xi (Charlie) Ren is an Assistant Professor in the Department of Biomedical Engineering at Carnegie Mellon University, Pittsburgh, PA.  Dr. Ren received his BS (2005) and PhD (2011) from Peking University, Beijing, China.  Dr. Ren participated in a Postdoctoral Fellowship at Massachusetts General Hospital and Harvard Medical School during 2012-2016, and served as an Instructor there during 2016-2017.

Research in Professor Ren’s lab investigates and engineers two fundamental interactions during the biofabrication of functional tissues: (1) the interaction between participating cells; and (2) the interaction between cells and the extracellular matrix (ECM). Their mechanistic investigations are being performed in the context of cell and tissue engineering, with a direct impact on facilitating organ bioengineering in vitro and injury repair in vivo. To recapitulate cellular interactions during embryogenesis and tissue regeneration, they are developing strategies for multi-lineage co-induction from human pluripotent stem cells. This enables the investigation of cross-germ-layer interactions between the co-developing heart and lung, and between endodermal organ parenchyma and organ-specific vasculature. To engineer cell-ECM interactions, they have developed a chemoselective strategy to functionalize native ECM biomaterials to modulate regeneration and host response. They are further extending this technical platform for tracking ECM dynamics during tissue regeneration and during the progression of fibrosis and cancer.

Dr. Ren is a member of the Biomedical Engineering Society, American Heart Association and American Society for Matrix Biology. He serves as a reviewer for several journals, including but not limited to Heart & Lung: The Journal of Acute and Critical Care, Journal of Vascular Surgery, Journal of Biomaterials Applications, Journal of Cellular and Molecular Medicine, International Journal of Nanomedicine, and Journal of Visualized Experiments. 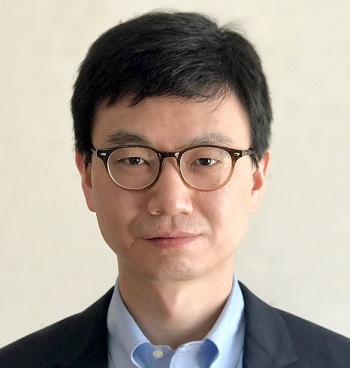