Dr. Ryad Benosman is Full Professor of Ophthalmology in the University of Pittsburgh School of Medicine.  He is also an Adjunct Faculty Member in the Robotics Institute of Carnegie Mellon University.  Prior to his appointment at Pitt, Dr. Benosman was Full Professor, Université Pierre et Marie Curie, Institut de la Vision.

His research interests include:

Dr. Benosman’s work is funded by the U.S. Department of Defense, the European Commission, and private industry.  Examples of his current projects are:

Dr. Benosman is the founder of 4 vision-related companies and the holder of 15 patents. 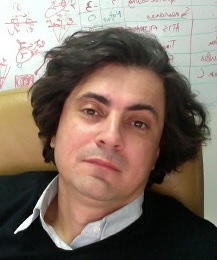