He is FISA & Paralyzed Veterans of America (PVA) Professor and Distinguished Professor of the Department of Rehabilitation Science & Technology, and professor of Bioengineering, Physical Med & Rehab, and Orthopedic Surgery at the University of Pittsburgh (Pitt). Dr. Cooper is Founding Director and VA Senior Research Career Scientist of the Human Engineering Research Laboratories a VA Rehabilitation R&D Center of Excellence in partnership with Pitt. Dr. Cooper is an adjunct professor in the Robotics Institute of Carnegie Mellon University, and PM&R of the Uniformed Services University of Health Sciences, and he was awarded Honorary Professor at Hong Kong Polytechnic University and Xi’an Jiatong University where he was awarded an Honorary Doctorate.

Dr. Cooper is a former President of RESNA, and a member of the IEEE-EMBS Medical Device Standards Committee. In 1988, he was a bronze medalist in the Paralympic Games, Seoul Republic of Korea. He was on the steering committee for the 1996 Paralympic Scientific Congress held in Atlanta, GA, and the Sports Scientist for the 2008 U.S. Paralympic Team in Beijing, China. In 2013, Dr. Cooper was awarded the International Paralympic Scientific Achievement Award.

He has been a member of the U.S. Centers for Medicare and Medicaid Services – Medicare Advisory Committee, U.S. Secretary of Veterans Affairs Prosthetics & Special Disability Programs Advisory Committee, Chair of the National Advisory Board on Medical Rehabilitation Research, National Institute of Child Health & Human Development, U.S. Department of Defense Health Board Subcommittee on Amputation and Orthopedics, Board of Directors of Easter Seals, National Academy of Medicine Committee on Assistive Products and Devices, and National Academy of Sciences Keck Foundation Initiative on Human Health Span Steering Committee.

Dr. Cooper is a U.S. Army veteran with a spinal cord injury (SCI) and a Director of the Paralyzed Veterans of America Research Foundation. He is a Civilian Aide to the Secretary of the Army. He currently serves as a member of the Honorary Board of Advisors Student Veterans of America, Chair Honorary Board of Advisors Disabled Veterans National Foundation, National Board of Easter Seals, and the National Board of the US Intellectual Property Association.

In 2009, Dr. Cooper was featured on a Cheerios cereal box for his achievements, and in August 2010, he with one of his robots was the centerfold in Popular Science for his work in robotics to aid PwD and older adults. In 2014, PN Magazine included Dr. Cooper as one of the people who have transformed the lives of people with SCI; while USO On Point featured Dr. Cooper as one of the veterans who have most influenced the lives of veterans through technology. In 2015, TIME magazine produced a video on Dr. Cooper’s work for their on-line magazine.  Dr. Cooper and his work has received coverage by NY Times, Washington Post, TIME, CNN, Forbes, ESPN, NBC, BMJ, Reuters, NPR, and other national and international media outlets. Dr. Cooper also shared his story and provided insights to best-selling author, Mary Ann McFadden, during the writing of her novel “The Book Lover.”

Dr. Cooper was selected by Gen. James Amos, Commandant of the United States Marine Corps as the Guest of Honor for the “Evening Parade” hosted on 3 August 2012 by Michael P. Barrett, the 17th Sergeant Major of the Marine Corp. On 28 June 2016, Dr. Cooper was the Guest of Honor for the “Sunset Parade” hosted by Ronald E. Green, 18th Sergeant Major of the Marine Corps. He was recognized in the Congressional Record of the United States Congress on Monday, July 27, 2009, and with a Proclamation of Rory A. Cooper, PhD Day by the City of Pittsburgh on June 17, 2014, for his contributions to engineering and science on behalf of PwD and personal example. 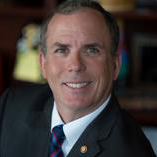