Dr. Robert Kormos is currently the Division Vice President Global Medical Affairs Heart Failure at Abbott Laboratories in Austin, Texas.  He was formerly a deputy director at the McGowan Institute and the past director of UPMC’s Artificial Heart Program. He has been part of the education of over 100 residents and 60 Cardiothoracic Transplant Fellows.

While at the University of Pittsburgh, his research and clinical interests were focused on mechanical circulatory support, resulting in his authorship/co-authorship of over 340 published articles, over 330 proceedings papers, 40 book chapters, and a textbook on the subject.  He has made over 400 regional, national, and international invited lectures. He is a manuscript reviewer for The Journal of Heart and Lung Transplantation, New England Journal of Medicine, Annals of Thoracic Surgery, Journal of Thoracic and Cardiovascular Surgery and Circulation. He is a member of more than 18 professional societies, and is internationally regarded for his clinical and research work in organ transplantation and in the use of cardiac assist devices as temporary or permanent support for patients with end-stage heart disease.

Throughout his career, Dr. Kormos provided much professional and scientific service.  A few examples follow:  He was the co-principal investigator on the NHLBI contract entitled, “Interagency Registry of Mechanical Circulatory Support for End Stage Heart Failure (INTERMACS)” and is now the Chair of the STS Taskforce on INTERMACS.  He is a member of the STS/AATS Workforce on New Technology and the STS Workforce on Adult Cardiac and Vascular Surgery as well as a member of the Workforce on National Databases.  Dr. Kormos is a Fellow of the American Heart Association and is on the Council on Cardio-Thoracic and Vascular Surgery. He has been invited to participate on the Food and Drug Administration (FDA)/Center for Devices and Radiological Health (CDRH) to help in the creation of a cardiovascular device-coordinated research network (CDCRN). He is also a member of the Joint Task force on education of the American College of Cardiology and the STS.  He is on the Board of Directors of the Mechanical Circulatory Support group for the Association for the Advancement of the Medical Instrumentation (AAMI) and on the Medicare Evidence Development Committee (MEDCAC). He is a local PI for the NHLBI-sponsored Safety and Efficacy of Intramyocardial Injection of Mesenchymal Precursor Cells on Myocardial Function in LVAD’s and he is co-PI on multiple studies involving LVAD outcomes.

Dr. Kormos is the recipient of multiple awards including the President’s Award at the 7th Annual Scientific Session of the International Society for Heart and Lung Transplantation in 1987. He was also elected to serve as president of the International Society for Heart and Lung Transplantation from 1999-2000. As a further honor, Dr. Kormos has been listed for the past 15 years in the America’s Top Doctors published by Castle Connolly Medical, Ltd.  In 2006, he received the Carnegie Science Center Chairman’s Awards for Excellence.  US News and World Report recognizes him a “doctor in the top 1% in the nation in his specialty” since 2012. Dr. Kormos received the American Heart Association of Pittsburgh “Pulse of Pittsburgh” Achievement Award in 2016. 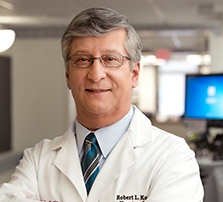