Dr. Michael Lotze is Professor of Surgery, Immunology, and Bioengineering, University of Pittsburgh; Department of Surgery, University of Pittsburgh School of Medicine; and currently on entrepreneurial sabbatical with Nurix Therapeutics as Chief Cell Therapy Officer (in San Francisco and Pittsburgh). Dr. Lotze has worked in the field of immunology and clinical medicine for over 40 years and believes that a fundamental understanding of cancer biology and immunology is essential to making progress in oncology.

Dr. Lotze’s career has always been predicated on the bench to bedside to bench paradigm in science, starting at the Surgery Branch of the National Cancer Institute (NCI) [1978-1990]. There, he championed the development of novel therapies for patients with melanoma and kidney cancer and the in vivo application of IL-2, IL-4, and IL-7 as cancer therapies. Dr. Lotze developed adoptive transfer of Natural Killer Cells (NKs)/lymphokine-activated killer cells and tumor-infiltrating lymphocyte therapies and launched gene therapy efforts that continued when he moved to the University of Pittsburgh. Since then, he has developed and overseen four separate successful funded Program Project grants on research topics including cytokine gene therapy, dendritic cell (DC) therapy, the tumor microenvironment, and most recently, integration of NKs and DCs in the treatment of cancer patients.

For the last 10 years, Dr. Lotze’s team has led the investigative efforts into so-called Damage Associated Molecular Pattern Molecules (DAMPs) and their receptors, specifically focusing on High Mobility Group Box 1 (HMGB1) and the Receptor for Advanced Glycation Endproducts (RAGE). They pioneered this area, organizing the 3rd International Symposium on DAMPs and Alarmins here in Pittsburgh in 2008 (as well as the 6th in New York in September 2013). Dr. Lotze attended the first two International HMGB1 Workshops in Hamburg and organized the event in Pittsburgh in October 2011 and in Honolulu in February 2013. The group’s efforts demonstrated the critical role of HMGB1 in sustaining autophagy.  He organized and developed in Pittsburgh the Translational Research in Mitochondria, Aging, and Disease meeting series in 2011, with annual meetings held since then here or at the University of Pennsylvania with Douglas Wallace and at Penn State University with Craig Cameron. With Ben Van Houten and others, we created the Mitochondria, Aging and Metabolism Working Group.

Dr. Lotze received his MD and BMed Sciences from Northwestern University within the Honors Program in Medical Education.  He is the co-inventor of 10 patents in dendritic cell vaccines and antigen discovery and serves as associate editor of the Journal of Immunotherapy.  He has over 500 publications in peer reviewed journals and book chapters and has edited several texts including three editions of Current Cancer Therapy [with John Kirkwood], the Surgical Treatment of Advanced Cancer [with Joshua Rubin], and Cellular Immunology and the Immunotherapy of Cancer [with Olivera J. Finn]. He developed and edited the 4th Edition of the Cytokine Handbook [2003], the 1st edition of Measuring Immunity [2004], and both editions of Dendritic Cells [1998, 2002], with Dr. Angus Thomson, as well as Cytokines and Cancer [2007] with Michael Caligiuri.

Dr. Lotze is past President of the International Society of Biologic Therapy of Cancer (now the Society of Immunotherapy for Cancer), receiving the lifetime achievement award from SITC in 2021. 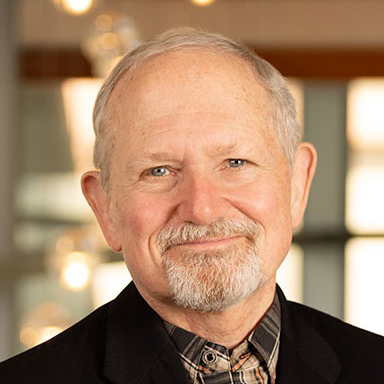