Dr. Kurt R. Weiss is a native Pittsburgher who has been involved with research since 1994, when he performed orthopaedic basic science research as an undergraduate student. Today, he is an Associate Professor of Orthopaedic Surgery in the University of Pittsburgh School of Medicine Department of Orthopaedic Surgery, Division of Musculoskeletal Oncology. He also directs the Department’s Cancer Stem Cell Laboratory.  Dr. Weiss attended Jefferson Medical College in Philadelphia, during which he participated in a 1-year research fellowship at the National Institutes of Health where he studied the biology of pediatric bone cancers. Dr. Weiss returned to Pittsburgh for his residency in orthopaedic surgery, which included another dedicated research year. He completed a fellowship in musculoskeletal oncology at the University of Toronto.

In addition to his clinical practice in pediatric and adult musculoskeletal oncology, Dr. Weiss directs a basic science laboratory dedicated to the study of sarcomas–cancerous tumors that arise in the musculoskeletal tissues. He holds a K08 Career Development Award from the National Cancer Institute to develop a translational sarcoma research program at the University of Pittsburgh. As a bone cancer survivor himself, Dr. Weiss brings passion and enthusiasm to the laboratory, clinic, and operating room. Through the University of Pittsburgh Cancer Institute (UPCI), he is also a proud collaborator with several scientists who are trying to understand how other forms of cancer, particularly breast cancer, spread to and destroy the bone.

Dr. Weiss has received many accolades which include:

He is a Founding Member of the Musculoskeletal Oncology Research Initiative, Pittsburgh Cure Sarcoma, and the Pittsburgh Center for Bone and Mineral Research. He is on the editorial staffs of the Journal of the American Academy of Orthopaedic Surgeons, BioMed Central Cancer, and Frontiers In Surgery. He reviews for Sarcoma, Cancer Research, International Journal of Cancer, and other journals. He has been accepted to the NIH’s Center for Scientific Review Early Career Reviewer program. He is a member of the Musculoskeletal Tumor Society (MSTS) the Connective Tissue Oncology Society (CTOS), for which he serves on the Board of Directors. 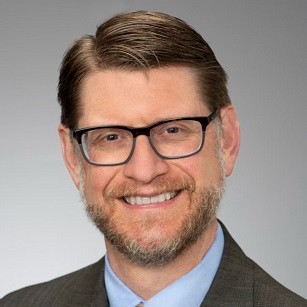