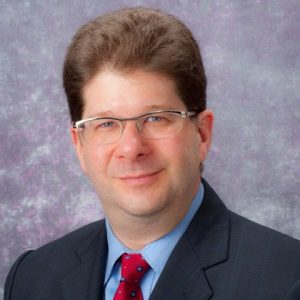 Newsweek magazine partnered with Statista Inc., the global market research and customer data firm, to find America’s Best Plastic Surgeons for 2022. The data was ranked into five categories: Breast Augmentation, Facelift, Liposuction, Eyelid Surgery, and Rhinoplasty. To determine the winners, Newsweek conducted a national survey among 2,000 medical professionals, asking them to recommend the best plastic surgeons in the business.

McGowan Institute for Regenerative Medicine faculty member Peter Rubin, MD (pictured), was named a top surgeon in four of the categories surveyed: Breast Augmentation (47 of 150), Facelift (86 of 150), Liposuction (20 of 150), and Eyelid Surgery (21 of 100).

Dr. Rubin is Chair of the Department of Plastic Surgery, the UPMC Endowed Professor of Plastic Surgery, Director of UPMC Wound Healing Services, and Professor of Bioengineering at the University of Pittsburgh. Dr. Rubin is well-recognized for his surgical skills and innovative solutions to complex aesthetic and reconstructive problems.  He is Founder and Director of the Life After Weight Loss Surgical Body Contouring Program at the University of Pittsburgh. In addition to his active clinical program, Dr. Rubin directs a basic science research program in the biology of adipose-derived stem cells and serves as Co-Director of the Adipose Stem Cell Center at the University of Pittsburgh.  He is the principal investigator in an NIH-funded line of research aimed at developing cell-based methods for clinical soft tissue reconstruction after cancer therapy.  He directs a related line of research aimed at soft tissue reconstruction for injured military personnel as an investigator for the Department of Defense Armed Forces Institute for Regenerative Medicine (AFIRM). To facilitate the rapid translation of new technology, he founded the Center for Innovation in Restorative Medicine (CIRM) at the University of Pittsburgh.

According to the ASPS’s most recent statistics, in 2020 Americans spent $16.7 billion on 15 million cosmetic medical procedures on their skin, including both surgery like liposuction and minimally invasive procedures like Botox injections and chemical peels. The most popular cosmetic surgery was rhinoplasty, followed in order by eyelid surgery, face lift, liposuction, and breast augmentation.