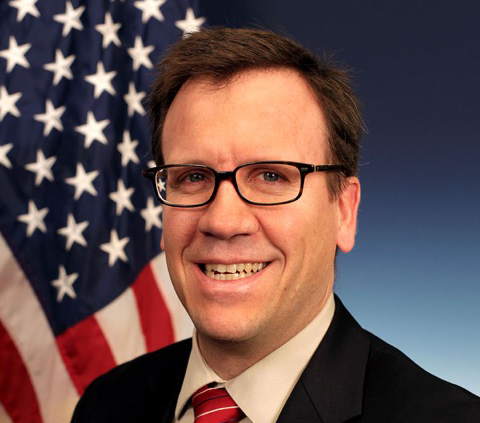 Dr. Douglas Weber is Associate Professor in the Department of Bioengineering, with secondary appointments in the Department of Physical Medicine and Rehabilitation, the Department of Rehabilitation Science and Technology, and the Center for the Neural Basis of Cognition. He is the founding Director of the Rehab Neural Engineering Laboratories (RNEL) here at the University of Pittsburgh. RNEL investigators work collaboratively on a range of projects aimed at the role of sensory feedback in supporting and regulating a wide range of perceptual, motor, cognitive, and autonomic functions. Dr. Weber’s own research combines fundamental neuroscience and engineering research to understand physiological mechanisms underlying sensory perception, feedback control of movement, and neuroplasticity in sensorimotor systems.

Dr. Dean Yimlamai is an Assistant Professor of Pediatrics/Richard King Mellon Scholar of Pediatric Research at the University of Pittsburgh.  He holds secondary appointments in the Departments of Cell Biology and Pathology. His research focuses on liver development, regeneration, and oncogenesis.  A graduate of the University of California Riverside, Dr. Yimlamai earned his MD, PhD from Tufts University School of Medicine in Boston. He received clinical and post-doctoral training at Harvard University/Boston Children’s Hospital after medical school. Prior to joining the faculty at the University of Pittsburgh, Dr. Yimlamai was an Instructor in Pediatrics at Harvard Medical School and an Assistant in Medicine at Boston Children’s Hospital.

Ernesto Bedoy is a PhD student in the Center for Neuroscience and a member of the Rehab Neural Engineering Lab supervised by Bioengineering faculty member Dr. Douglas Weber. The goal of his current project is to synthesize an understanding of post-stroke neural reorganization and neural plasticity induced by peripheral electrical stimulation to help develop an intervention to restore dexterous hand function in stroke survivors. He earned his BA in Psychology with Neuroscience and Biology minors at the University of Nevada, Las Vegas.

Meghan Mooring is a PhD student in the Interdisciplinary Biomedical Graduate Program. She is working in the laboratory of Dr. Dean Yimlamai studying liver cancer and liver regeneration. Ms. Mooring earned her BS in Molecular Cell and Developmental Biology at the University of California Santa Cruz. She received her MS in Biological Sciences from San Jose State University, where she also completed the Stem Cell Internship Laboratory-Based Learning Program.

Kien Tran is pursuing his PhD in the Interdisciplinary Biomedical Graduate Program. She works in with Dr. Kyle Orwig researching translational reproductive science, specifically in restoring fertility in male cancer survivors, focusing on pre-pubertal patients who do not have the option of sperm cryopreservation. She earned her BA in Biology at the University of North Florida in Jacksonville.