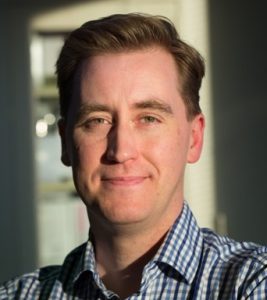 For people living with attention deficit disorder, their struggles are not a matter of refusing to pay attention for a long period of time.

Instead, it might be that these people have difficulty monitoring their own attention — and maintaining it — so they can stay on task.

At least, that’s a hypothesis a Pittsburgh-based research duo wants to study by looking at the brain’s interaction with visual stimuli.

Their research aims to show how the sensory environment and a person’s mental state at a specific point in time combine to affect perception and interpretation of the outside world.

“We have the ability to tap into that state of mind with our approach and see if we can better understand how our perception works when we take the state of mind into account,” said McGowan Institute for Regenerative Medicine affiliated faculty member Matthew Smith, PhD, associate professor of ophthalmology at the University of Pittsburgh School of Medicine.

Dr. Smith and Byron Yu, PhD, an associate professor of electrical and computer engineering and biomedical engineering at Carnegie Mellon University, will use brain-computer interfaces to observe visual neurons — nerve cells that receive signals traveling from the eyes.

“Our goal is to show what these types of brain-computer interfaces can achieve outside of the motor system,” Dr. Smith said. “We’re trying to test the limits of what we can modify in our neural activity. We can try to teach our subjects how to control their own internal state.”

So, what does perception have to do with paying attention in class or at work? Dr. Smith said attention is one of the most well-known internal states that affects perception.

“If we pay attention or not, it can cause us to notice or miss important details in the world,” he said. “We try to teach the subject to directly access the internal states.”

Dr. Smith said this is an important approach, because many psychiatric, neurological and behavioral disorders like attention deficit disorder arise from problems in controlling internal states, rather than problems in sensory processes, like a retinal problem in the eye.

Drs. Smith and Yu have collaborated before, but this study merges both researchers’ backgrounds and focuses, with Dr. Smith’s area of specialty being in electrophysiology and experimentation and Dr. Yu’s expertise in brain-computer interfaces and computational approaches.

One place of inspiration for their study comes from an unlikely source: people who are paralyzed and are able to move cybernetic limbs through thinking.

“When they think about moving, even though they can’t actually move, it is possible to listen in to their motor neurons and use that to guide a computer cursor or a robotic arm,” Dr. Smith said.

Dr. Smith said the project takes the idea that thinking can lead to physical movement in robotic or computer-based systems and applies it to the sensory and cognitive domains. If successful, it may aid in treatment of more cognitive disorders such as attention deficit disorder and in recovery of function after brain injury.

To accomplish this, the researchers will try to make animals control their brains in a way that maximizes their attention.

“We teach animals to expect a visual stimulus, like a flash, that will appear at a certain location in space,” Dr. Smith said. “We can show through their behavior that they’re paying attention to the visual flash and listen in on their neurons at the same time. Then, we can build an interface to give them feedback and observe how it affects their attention.”

These target trainings offer hope that in the future, people may be able to be taught how to focus more in an academic environment and in daily life.