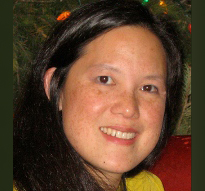 Researchers at the University of Pittsburgh School of Medicine—including McGowan Institute for Regenerative Medicine affiliated faculty member Charleen Chu, MD, PhD, Professor in the Department of Pathology, University of Pittsburgh School of Medicine, where she holds the A. Julio Martinez Chair in Neuropathology—have uncovered a major reason why the Parkinson’s-related protein alpha-synuclein, a major constituent of the Lewy bodies that are the pathological hallmark of Parkinson’s disease (PD), is toxic to neurons in the brain. The finding has the potential to lead to new therapies that could slow or stop progression of the devastating illness. The new research appears online in Science Translational Medicine.

PD is a degenerative neurological disease characterized by tremor, slowness, and gait and balance difficulties that affects about 1 million people in the United States. The symptoms are caused by the degeneration and loss of neurons in the brain, particularly those crucial for the initiation and coordination of movement.

“It’s really exciting that we have found a mechanism we can target to create new treatments for this devastating disease,” said lead investigator J. Timothy Greenamyre, MD, PhD, Love Family Professor of Neurology in Pitt’s School of Medicine and director of the Pittsburgh Institute for Neurodegenerative Diseases (PIND).

“With four different PIND investigators working together, the new study highlights the power of this collaborative approach,” Dr. Greenamyre added.

Current treatments for PD can reduce symptoms, but they do not slow the inevitable worsening of the disease. To slow or halt illness progression, scientists must first determine why and how the neurons are dying.

Degenerating neurons contain large clumps of a protein called alpha-synuclein. People whose cells make too much alpha-synuclein or make a mutated form of the protein are at high risk of developing PD because of the protein’s toxicity, researchers found. Scientists also demonstrated that the accumulation of alpha-synuclein in PD is toxic because it disrupts the normal functioning of mitochondria—the tiny powerhouses responsible for generating a cell’s energy.

In the new study, Dr. Greenamyre and his team—led by coauthors Roberto Di Maio, PhD, and Paul Barrett, PhD, both of PIND—used a well-established rodent model of PD to show exactly how alpha-synuclein disrupts mitochondrial function. They found that by attaching to a mitochondrial protein called TOM20, alpha-synuclein prevented the mitochondria from functioning optimally, which resulted in the production of less energy and more damaging cellular waste.

Ultimately, this interaction between alpha-synuclein and TOM20 leads to neurodegeneration, Dr. Greenamyre explained.

The researchers then confirmed their animal findings in brain tissue from people with PD.

“The effects of alpha-synuclein on mitochondria are like making a perfectly good coal-fueled power plant extremely inefficient, so it not only fails to make enough electricity, but also creates too much toxic pollution,” said Dr. Greenamyre.

Using cell cultures, the research team also found two ways to prevent the toxicity caused by alpha-synuclein: gene therapy that forced the neurons to make more TOM20 protein protected them from the alpha-synuclein; and a protein that was able to prevent alpha-synuclein from sticking to TOM20 prevented alpha-synuclein’s harmful effects on mitochondria.

While more research is needed to determine whether these approaches could help PD patients, Dr. Greenamyre is optimistic that one or both may ultimately make it into human clinical trials in an effort to slow or halt the otherwise inevitable progression of PD.