By The McGowan Institute For Regenerative Medicine | Computations and Modeling, News Archive | Comments are Closed | 18 November, 2015 | 0 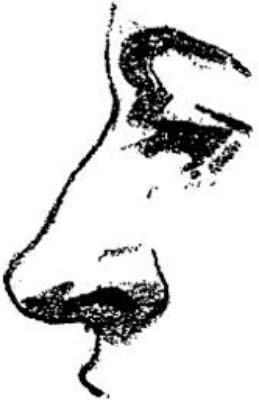 Researchers at the University of Pittsburgh are part of a multicenter team that has been awarded a $6.4 million, 3-year federal grant to figure out how the animal nose knows how to localize the smell of mates, food, and other significant scents. The co-principal investigators of the Pitt arm of the effort are McGowan Institute for Regenerative Medicine affiliated faculty member Bard Ermentrout, PhD, Distinguished University Professor of Computational Biology, a Professor of Mathematics, and an Adjunct Professor of Neurobiology at Pitt, and Nathan Urban, PhD, Professor in the Department of Neurobiology at Pitt School of Medicine and Associate Director of the University of Pittsburgh Brain Institute.

As part of its efforts under the federal BRAIN initiative, the National Science Foundation (NSF) is providing more than $15 million of funding for 17 scientists collaborating in 3 multi-institutional projects designed to explore the sense of smell, said Dr. Urban.

“We don’t really understand how the nose and brain enable a bloodhound to track a missing person, or rats to find landmines in Angola,” Dr. Urban said. “If we could understand how the olfactory system accomplishes this task, it could lead us to strategies to create artificial chemical detection systems. It also could be a model for understanding other sensory systems and the integration of multiple sensory cues.”

He added localizing where a smell is coming from is a very difficult problem to solve because it requires sampling odors at a distance from the source in turbulent air. So, the team includes experts in mathematics, the physics of airflow, neuroscience, and evolutionary biology to build models that quantify odors and develop algorithms of how they distribute in the environment, as well as to measure how animals and their brains react when exposed to odor plumes.

“We can localize sound in part because of differences between what the right and left ears hear,” explained Dr. Ermentrout.  “Perhaps animals can orient by smell because of concentration differences picked up by each nostril, as well as incredibly rapid detection of increasing or decreasing intensities of odors. We intend to design mathematical models to examine these strategies.”

Dr. Ermentrout has reason to be curious about olfaction. Coincidentally, several months ago after a bad cold, the gourmand realized he couldn’t smell properly, which in turn has affected his ability to taste food. About one in five cases of anosmia develop after an upper respiratory tract infection.

“Anosmia can be a complication of neurodegenerative disorders including Alzheimer’s disease and Parkinson’s disease,” Dr. Urban noted. “In the future, we want to connect the dots and figure out why brain diseases can have these consequences.”