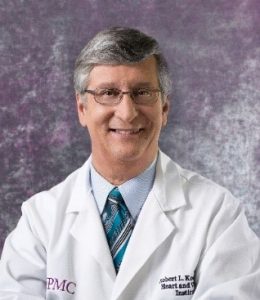 Dr. Kormos reviewed the progress that has been made over the last 30 years in mechanical circulatory support devices and systems. While significant progress is apparent—especially in the reduced size of pumps and controllers, as well as the reliability of devices and systems—there still are issues such as infections (especially in the drive line), biocompatibility, and bearing failure that need to be addressed.

Dr. Kormos noted the key role that Family House has played in helping patients who are on circulatory support being able to leave the hospital. In the early days of the program, Family House was the only allowable destination outside of the hospital while a patient was on circulatory support; today many patients can return to their homes with their implanted device, after sufficient recuperation.

Dr. Kormos highlighted the key role that the UPMC clinical team and the McGowan Institute scientists and engineers have played in the advancement of circulatory support technology. As an example, the most widely used ventricular assist device used today, which employs a rotary pump, was developed here in partnership with a commercial partner. Dr. Kormos did the first implantation of the device in 2000 in Tel Aviv Israel.

He discussed the migration over the years from pulsatile devices, to rotary (non-pulsatile) pumps, and the recent introduction of prototype rotary pump designs that also have a pulsatile component to the flow. He shared the opinion that a pulsatile flow is beneficial.

The key role of INTERMACS (Interagency Registry for Mechanically Assisted Circulatory Support) was noted.  INTERMACS is a North American national registry for mechanical circulatory support devices (MCSDs) that are used to treat advanced heart failure. Dr. Kormos played a key role in the establishment of the registry.

The multidisciplinary approach that was created here—a combination of physicians and engineers—has led to the formation of Procirca, Inc. that supports circulatory support cases here and at other hospitals nationally and internationally.

The UPMC mechanical circulatory support program has done nearly 1,100 implants (~1,000 adults and 63 pediatric cases). While the primary application for circulatory support is to serve as a “bridge to a heart transplant,” today about 10% of the cases is “destination therapy.” There have been 21 cases of a “bridge to recovery” where the device is used to give a sick heart a rest, and when the heart recovers the pump is removed.

While significant progress has been made in understanding and utilizing engineering and biology to treat a sick heart, much remains to be done in both sectors.