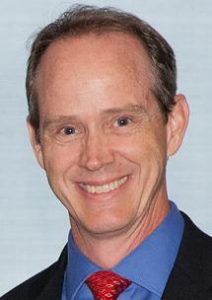 The app, BiblioTech “Rebound: Beating Concussions,” was created by The Partnership in Education, an Emmy Award-winning program based at Duquesne University that aspires to make science engaging and fun for people of all ages through its innovative educational products.

Dr. Pollock, director of The Partnership in Education, professor of biological sciences at Duquesne, and McGowan Institute for Regenerative Medicine affiliated faculty member, described the app as a “branched, build-your-own story with interactive graphics, games, a digital notebook and embedded video,” with Adaptive Reader software that enables the app to cater to the reader.

“Rebound: Beating Concussions” was recently selected to receive the 2018 Parents’ Choice Recommended Award by the Parents’ Choice Foundation, which is the oldest and most revered nonprofit organization in the U.S. that recognizes quality media and toys for children.

To create “Rebound,” Dr. Pollock worked with concussion experts and writers to develop the story about a high school basketball player who gets a concussion, subsequently working on the games and graphics that accompany the narrative. Simcoach Games, a game development company in the Strip District, then helped Dr. Pollock and his team bring their creation to life.

Dr. Pollock believes that “Rebound: Beating Concussions” will not only educate readers about concussions and why they are injuries that should be taken seriously, but it will help people to become better readers thanks to its Adaptive Reader technology.

“The text adapts to the reader. At the end of each chapter, you can pick to make the reading easier or more challenging, causing the vocabulary to shift as well as the sophistication of the sentence structure based on your decision,” said Dr. Pollock. “In this way, everyone gets the same story, the same information and learning goals no matter how proficient a reader they are.”

“A key to recovery is recognizing symptoms and seeking proper treatment,” said Dr. Collins. “There are a lot of myths about concussions and one of our goals is to help educate people.”

Dr. Collins also expresses how “Rebound: Beating Concussions” assists in sharing and emphasizing the significance of treating concussions like any other serious injury.

“We have made tremendous progress in the diagnosis, management and rehabilitation of concussions, and the e-book appropriately stresses that a concussion is a treatable injury and provides a compelling case example to demystify the fears associated with the injury,” Dr. Collins said.

“Rebound: Beating Concussions” is the second app of the BiblioTech series, following “City Hacks: In Search of Sleep,” which won both a Parents’ Choice Award and an International Serious Play Award in 2016.

The app is compatible with Android and iOS devices.

The Partnership in Education is largely funded by Science Education Partnership Awards from the National Institutes of Health, as well as the Hillman Foundation and other local foundations.

BiblioTech “Rebound: Beating Concussions” and Dr. Pollock’s other apps can be downloaded for free on Apple, Google and Amazon, and his shows are available on iTunes, Amazon Prime and GooglePlay.